Last Tuesday, Jane Doe filed a lawsuit accusing comedians Tiffany Haddish and Aries Spears of grooming her and her brother and requesting their arrest. Yesterday, Haddish spoke out on the allegations. 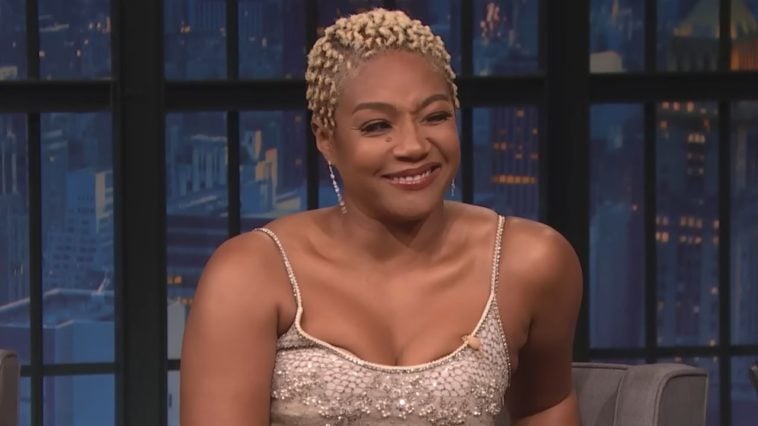 Jane Doe, 22, has accused Tiffany Haddish and Aries Spears of grooming her and her younger brother, 15, and coercing them into filming sexually explicit skits when they were children.

She also implored the Los Angeles district attorney to “arrest and prosecute” the two immediately.

Last Tuesday, Jane Doe filed a lawsuit in the Los Angeles Superior Court on her and her brother’s behalf.

The lawsuit alleged that the two comedians forced the siblings to participate in sexually explicit skits in separate incidents.

In 2014, 7-year-old John appeared in a sketch titled “Through A Pedophile’s Eyes,” where Spears played a character who “leers at the child lustfully,” massaged the boy, and got into a bathtub with him.

John Doe was stripped “down to his underwear” in many of the scenes.

The plaintiff’s mother asked Spears and Haddish about “what was filmed that made her son cry,” which was also alleged in the lawsuit.

It also alleged in the suit that their mother had learned the skit featuring her son had been published online in June 2018, including on the Funny or Die digital platform.

The upset mother stated that she would have never let her son “participate in a pedophile child pornography skit,” the lawsuit read.

“This matter’s breadth and complexity require your jurisdictional powers and resources to tackle and end the stream (of) depravity committed by Haddish and Spears. My brother and I are prepared to speak with investigators and prosecutors from your office and provide you with irrefutable evidence that substantiates our allegations.”

“I know people have a bunch of questions. I get it. I’m right there with you. Unfortunately, because there is an ongoing legal case, there’s very little that I can say right now. But, clearly, while the sketch was intended to be comedic, it wasn’t funny at all — and I deeply regret having agreed to act in it.”

“I really look forward to being able to share a lot more about this situation as soon as I can.”

Attorneys working for Haddish and Spears have not commented on the letter to Gascón’s office.

However, Andrew Brettler, who is an attorney for Haddish, claimed the plaintiff’s mother had “been trying to assert these bogus claims against Ms. Haddish for several years.”

In addition, Brettler also called the allegations “meritless,” dismissed the suit as a “frivolous action,” while also adding on Haddish “would not be shaken down.”  Debra Opri, who is an attorney for Spears won’t “fall for any shakedown.”

In related news, federal prosecutors are resting their case in the R. Kelly child pornography trial at Dirksen U.S. courthouse on August 30 after the testimony of their final accuser.

The final survivor, “Nia,” now 42, said she met Kelly at an Atlanta mall in 1996 when the singer was in town for a concert.