An intruder was arrested at Drake’s $70 million mansion. To get out of the arrest, the man claimed to be Drake’s son. 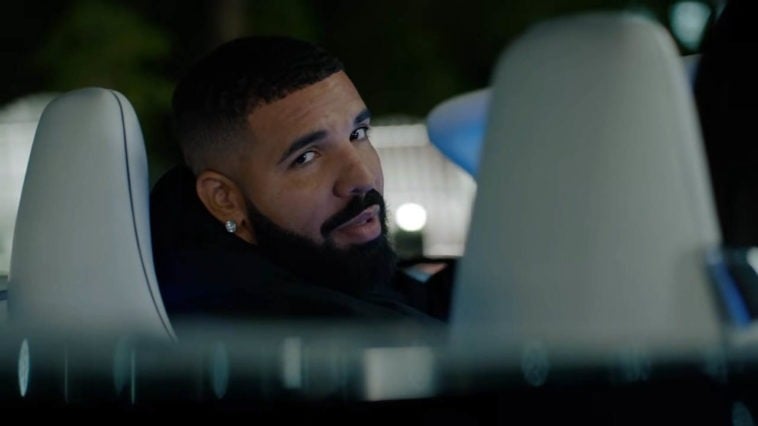 LAPD arrived at the Canadian rapper’s Beverly Hills mansion when an employee called police after seeing someone near the pool house.

According to reports, when cops arrived, they found a 23-year-old man claiming  Drake, 35, is his dad, and he was simply waiting for the Grammy award-winning artist to return home.

Cops moved forward with the arrest and charged the intruder with trespassing.

Luckily, the trespasser never made it inside the mansion.

Mr. Champagne Papi himself was not home during the event.

It’s been reported Drake is currently out of the county in Sweden, where the “Jimmy Crooks” rapper may have had his own run-in with law enforcement.

As #FreeDrake randomly trended on Twitter a few days ago, it was rumored that he was arrested by Sweden Sweden police arrested him at a nightclub.

Drake’s team did not confirm or deny the  allegations.

However, he did take to Instagram to post several photos of his time in Sweden, one slide shows a pictured piece of paper from Polisen, the Swedish Police Authorities that read:

“Information for Those Suspected of a Crime and Subsequently Detained.”

Which pretty much explained his rights.

Drake is going all out for his hometown. The 6 God artist shared a poster for a weekend festival that will be held in Toronto. It is called the October World Weekend.

The festival kicks off on July 28 with “All Canadian North Stars,” and Chris Brown will share the stage with Lil Baby on July 29 at the Budweiser Stage.

The weekend will close on August 1 with a “Young money Reunion” with Drake, Lil Wayne, and Nicki Minaj on stage.

Furthermore, the event also has “Road To OVO Fest Tour” on the poster as Drake announces the big weekend on the 10th anniversary of OVO Fest.

Drake may have gotten off easier than A$AP Rocky.

Back in 2019, when the New York rapper was found guilty of assault in Sweden.