It has been quite an eventful week in hip-hop. From Kanye’s social media war to Jay-Z cementing his place in the rap game with a one-time take of his verse on DJ Khaled’s new album. But it’s finally Friday, and here we are with your weekly dose of new music with offerings from Pi’erre Bourne’s Good Movie, Logic’s Peanuts, and singles from some of your regulars. 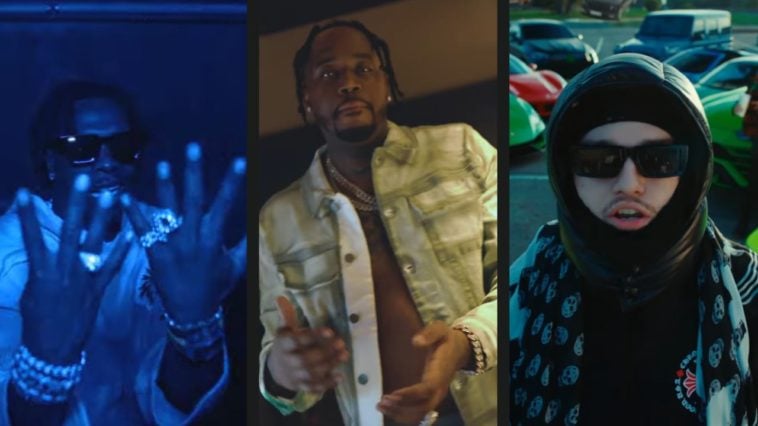 Pi’erre Bourne is the multitasking king, taking time out from being the CEO of SossHouse and cooking up beats to release Good Movie, just days ahead of the Good Music World Tour, set for September 6.

The rapper is having a busy 2022 after dropping his latest album following the June release of “Space Age Pimpin,” a collaboration with Juicy J.

In addition, Good Movie is a 23-track album with features from Don Toliver.

It’s safe to say Logic is in his beat-making bag at the moment.

If you enjoyed “Vinyl Days,” you would surely love this album.

Freddie Gibbs feat. Moneybagg Yo – Too Much

Moneybagg Yo is everywhere!

Here he is again, adding his barz to Freddie Gibbs’ “Too Much.”

Freddie, who (whether he admits it or not) is riding the wave of publicity from his public beef with Benny the Butcher, spits major barz in this bop.

The visuals are captivating, drawing you in and giving top energy.

Lil Baby’s “Detox” is a self-massage.

The vibe-y song, delivered in his usual cadence, is self-congratulatory, a short ode to his life as a hustler and a successful rapper.

“Talk” is Yeat’s appetizer, a teaser before he drops his soon-to-be released EP, LYFE.

As far as appetizers go, this sounds like a good song to satisfy fans’ appetites.

This self-aware song about the journey of an up-and-coming rapper follows “Rich Minion,” his track for “Minions: Rise of Gru.”

Give it a listen, and get a taste of the future of the rap game.

Most of all, let us know what you think of it!

Lil Bit is the first offering from Durand’s sophomore album WANDERLUST, which is set for release later this year.

Jam to it, and let us know what you think.

A playful nod to the Lakers legend Kobe Bryant, “24-8” is a lively song with a serious undercurrent of joy.

It is Smino talking about his dedication to his craft and how that has translated to good fortune, so much so, “sometimes, I wanna slow down.”

The delivery is not hard on the ear, nor are the thoughts he shares jarring.

Have fun with these songs and more as you begin your TGIF plans and go slowly into the long weekend. Happy Labor Day!