Atlanta rapper Soulja Boy wants people to know he wasn’t capping about going after Kanye West and to prove it, a new diss song is slated to drop aimed at the G.O.O.D. Music boss. 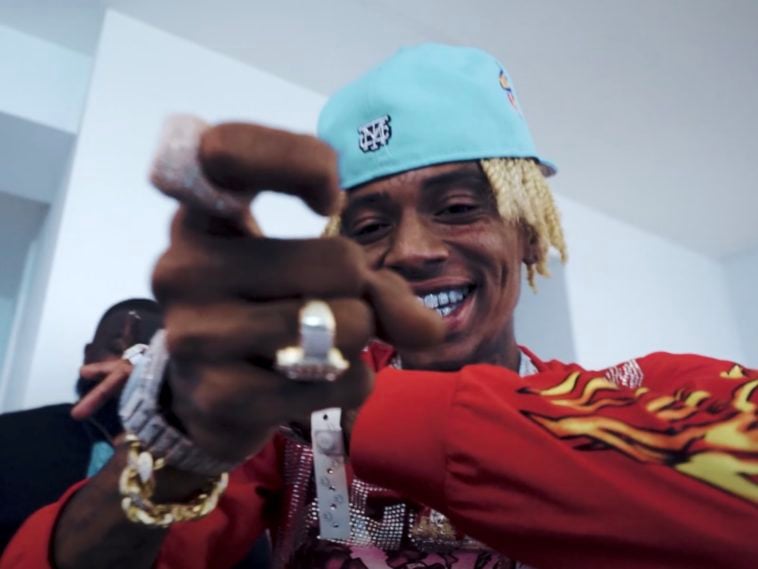 Big Draco went to his Twitter page to break the news to followers. SB revealed his anti-Yeezy record would be featured on his Swag 4 studio effort.

The diss song confirmation comes after hip-hop star Drake took sides in the feud. Amidst a wild social media rant against Kanye West, Drizzy made it clear whose team he’s on.

The 6 God popped up on Instagram with a Soulja Boy glasses filter on. There weren’t any words to be said, but his stance seems quite obvious amidst his own problems and low-key feud with Mr. West.

The Atlanta rapper really, really, really doesn’t like Kanye West right now and it seems like Drake is on his side. Regardless of any Drizzy support, the hip-hop star has continued his onslaught of public disses aimed at Ye following a fallout over the newly released Donda album.

Earlier in the week, the rap veteran came forward to acknowledge he’s really feuding with Kanye West and explained where the problems stem from.

New footage circulated online showing SB getting pulled up on by paparazzi. Instead of staying mum, Big Draco dishes on his biggest problem with Ye being an absence from his new Donda album.

“I ain’t tripping like that, it was just more of a thing where it was explaining it to my fans so they’re not in the dark about the whole situation. As far as when it comes to music, man, I’m always willing to create. It’s never nothing like, ‘Oh, I’m never going to work with Kanye again.’ [The Universal blame?] That’s cap – why you ain’t say that before the album came out? You waited until I expressed myself on social media and then you made an excuse. You know for a fact Kanye’s not going to let nobody release his album without his permission – so come on Kanye with the cap. Just say you f*cked up, you left Big Draco off the album, you know what you did.” (TMZ) R. Kelly’s Ex-Assistant Compares His Past Lifestyle To ‘Twilight Zone’