Reality TV star Erica Mena is making admirers bow to her feet – literally. The popular vixen and estranged wife to rapper Safaree Samuels has lit up social media with an up-close look at her toe game.

After days of lighting up Instagram with bikini-only shots, Mena comes through with a different type of flex. Erica’s latest slay is a look at her painted toes and foot tattoo.

Hours prior, Erica made sure to keep her trend of bikini shots going with a stunning pic of herself modeling swimwear.

“Sunflowers end up facing the sun, but they go through a lot of dirt to find their way there🌻 @fashionnova FashionnovaPartner” 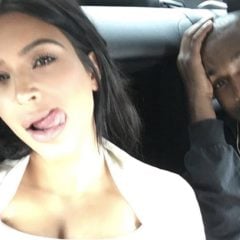 NEWSKanye West + Kim Kardashian Are Not On Speaking Terms

Erica Mena Has A Message

Earlier in the week, Mena went to her Instagram page to share some powerful words. While her modeling shot appealed to both men and women, her PSA was strictly directed to women around the globe.

“Queens!! Repeat after me- I am so beautiful, in so many ways. ✨ I’m my own healer, protector, opponent, muse. I love myself.”

Last weekend, the estranged wife to rapper Safaree Samuels hit up IG with the ultimate jaw-dropping flex. The pics featured her rocking a matching bikini in the sand as the ocean water made its way to her.

Throughout the same weekend, Mena went to her IG page with her initial batch of eye-opening pics. One shot even referenced her preference for luxury and pricey living with a subtle message possibly referencing her marriage status.

Enough With The Online Advice Already

A few days ago, Erica Mena went to Twitter to shut down everybody trying to tell her what to do, whether intentionally harmful or not. The mother of two said she didn’t need the advice and vowed to always put her kids first.