Megan Thee Stallion announced that her anticipated album is 95% finished just in time for another Hot Girl summer. However, the real question is whether she’s resolved her nasty, public dispute with her record label. 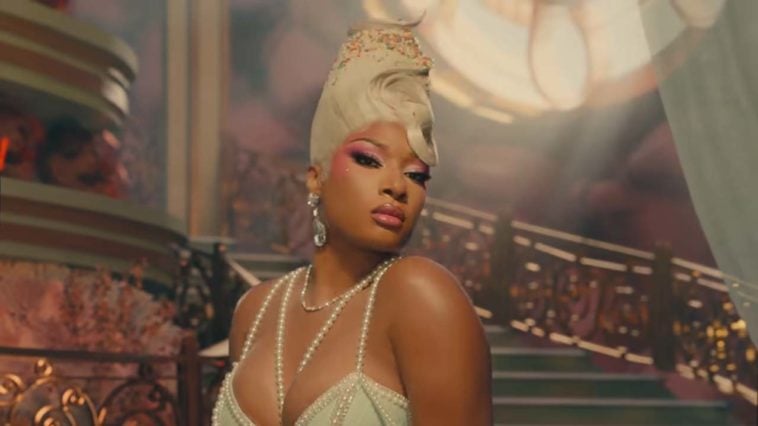 264 Views
Comments Off on Megan Thee Stallion Teases New Album On The Way, But Is She Still Beefing With Her Label?

During an interview at the 2022 Webby Awards, Megan Thee Stallion took the time to tease some new information about her upcoming album. Not saying too much about her anticipated project, fans were all ears when the Hottie coach revealed fans may be getting the new album sooner than we think.

Megan expressed with excitement: “I’m actually probably like 95% done with my new album.I want to tease that for the hotties, I haven’t even told them nothing about my new album.”

Just in time for another hot girl summer, Ms. Tina Snow is finally ready to give the fans what they’ve been waiting for.  The new album’s release has been delayed by, among other setbacks, her messy battle with her label 1501 Certified  Entertainment.

1501 and Meg have been at war publicly for a while now, with the label accusing Meg in a lawsuit of not releasing music per her contract.  Meg counter-sued, saying that 1501 hasn’t paid her in years and is helmed by a bunch of “money hungry” drug addicts.   She said her latest project “Something For Thee Hotties” is considered an album and fulfills her contractual obligations.  Carl Crawford from 1501 says it does not. The label is also claiming Megan needs to cough up some coins for expenses on jewelry and chains they purchased for the Houston Hottie.

No additional information on the counter sue has been released.  And according to wiki, the project is considered a compilation album of unreleased freestyles.  So, 1501 could have won this part of the battle, making the upcoming release by Thee Hotgirl her official sophomore album.

Earlier this month, Megan Thee Stallion received her own state holiday. Houston Mayor Sylvester Turner handed Megan the key to the city,  while also declaring May 2 to be “Megan Thee Stallion Day.” The date, in particular, is in part a tribute to her late mother, as it is her birthday.