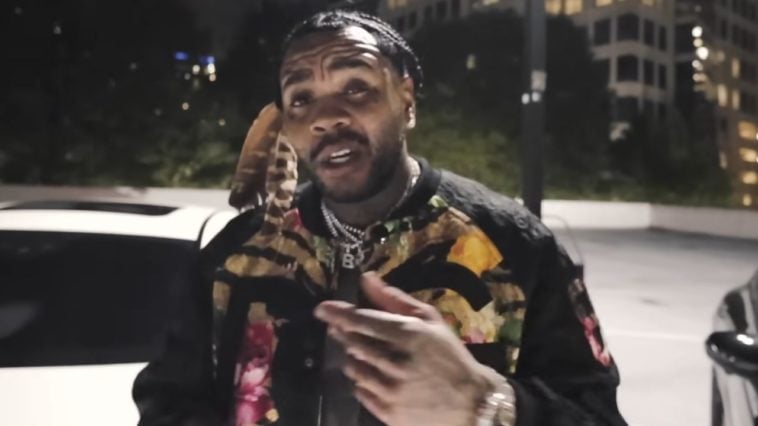 In the past few months, Kevin Gates has had a few jaw-dropping moments, leaving fans stunned each time.

From his explicit lyrics in his latest freestyle to his steamy interview on the second episode of Caresha, Please, the Louisiana-born rapper is known for his off-the-wall actions and comments.

Last night, the “2 Phones” rapper performed “D U Down” while demonstrating his bedroom movements which some fans found to be aggressive.

One fan admitted to being afraid of the rapper, commenting:

“Kevin Gates is an endangerment to society. Why is this n*gga so intense with this imaginary woman??”

Fans never know what to expect when it comes to the “Would You Mind” rapper.

Kevin is known for his aggressive sexual nature.

A few months ago, a video of Kevin Gates and Summer Walker circulated the internet.

In the video, he is seen approaching SummerWalker in the club. He grabs Summer’s hand in a flirtatious fashion as he introduces himself.