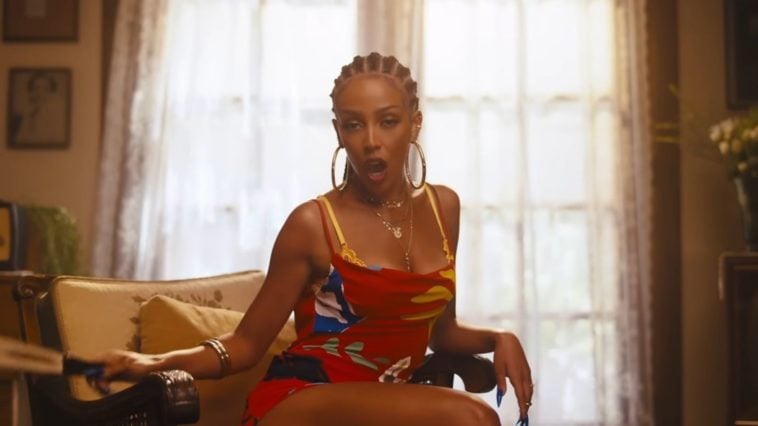 The “Vegas” artist took to Twitter to grace fans with an exciting announcement.

The chart-topping Queen is taking on a new business venture.

“Its Giving” clothing store is coming soon. The pop star dropped the official website where fans can sign up for updates when the line officially drops.

Doja’s supporters are more than ready for the new merch.

The “Say So” artist was recently spotted with her friends wearing shirts from the upcoming line.

Doja Cat’s new look, which features a shaved head and drawn-on eyebrows, rubs some of her fans the wrong way.

While the “Say Something” star is no stranger to online criticism, she refused to stay quiet after harsh remarks on the new look and unapologetically clapped back.

While her latest stream of tweets express her frustration with the trolls, her most recent tweet seems to be the end-all.