Fall is in the air, which might explain the slim pickings today. 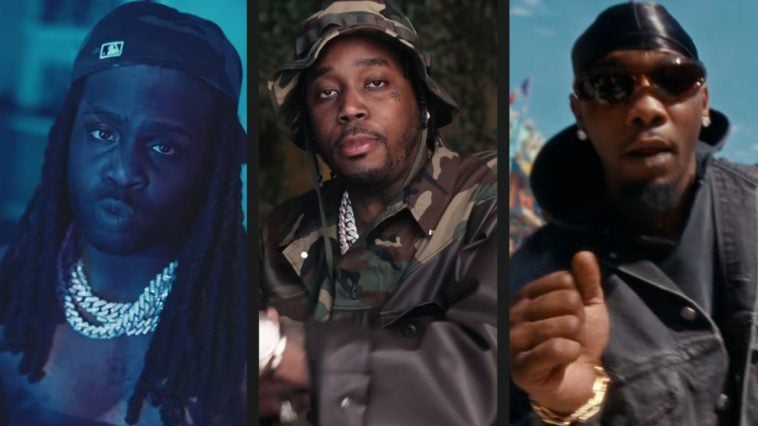 Slim as they are, they are offerings from fan favorites, tested banger makers, and music that fits more than one mood.

So, dive in, high or just looking for something smooth, there is a song in here that would work for you.

We might never know the real reason why Offset decided not to be a Migo, but it doesn’t seem to weigh him down; Fresh off a collaboration with Moneybagg Yo on Trippie Redd’s “Big 14,” the duo have cooked something fresh in “5 4 3 2 1.”

Fivio is ensuring the narrative around him is focused on his music and journey with this new song.

After slight misses and the Ma$e issue where the discussion moved away from his music, “London Freestyle” reminds fans that Fivio is one of the drill music kings.

In a way, this is Chief Keef’s birthday gift to us.

For one so young, his contributions to the culture are pervasive, and he is still finding himself and pushing the boundaries.

Many argue that his influence goes beyond his generation of artists and even touches those that have come after him.

Wherever you are on this divide, you can agree Keef is golden.

Give “Chief So” a listen and let us know what you think.

Key Glock – From Nothing

Key Glock’s is a story, a reminder that he has not forgotten his roots and the struggle to get to where it is.

It is also an ode to those who remain true to who they are as they grow in wealth and fame.

This new song holds meaning when you think of how hard it must have been to restart life without his cousin and constant collaborator, Young Dolph.

The “Preach” rapper was shot dead in Memphis.

Easy to bop to and catchy hooks are two things going for Lucki’s, ”Coincidence.”

Let us know what you think of it!

SOTB is a 20-song album and Larry June’s first project since 2021 when he released Orange Print. It contains features from 2 Chainz, Curren$y, and The Alchemist.