New York rap star Tekashi 6ix9ine is once again facing some legal action. A new lawsuit has been thrown at him over his “GOOBA” music video. 159 Views
Comments Off on Tekashi 6ix9ine Faces Lawsuit Over ‘GOOBA’

A Texas beat-producing group named BEATDEMONS is lawyering up against Tekashi and claiming “GOOBA” sounds a whole lot like their track “Regular”. In return, they want the profits 6ix9ine made from his hit song, which has amassed over 600 million YouTube views.

BEATDEMONS claims “Regular” was released in 2018 and a video of the song scored 152,000 views. So they’re saying Tekashi or his people must have heard the song and got so inspired they crossed the line and ripped BEATDEMONS off. (TMZ) The Big Apple rap star has refused to let his feud with Meek Mill die out. Instead, the rap troll has publicly challenged the Maybach Music Group star to a physical one-on-one fight. 6ix9ine went to his reliable Instagram page and didn’t hold back. Tekashi specifically called out MM and even questioned his wealth.

The infamous snitch is feeling extra good about his music these days. The hip-hop star has celebrated his recently released “ZAZA” single landing on the Billboard Hot 100 chart by trolling his rap rival Meek Mill. Last week, 6ix9ine remained relentless on attacking Meek – digitally. Tekashi even joked about Mill also feeling like he should celebrate hitting No. 90 on the music chart courtesy of his forced cameo in the “ZAZA” music video. 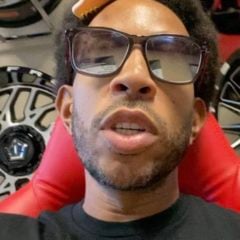 His Take On Snitching

In a recent interview for “TMZ Live,” Tekashi 6ix9ine recently challenged the idea that he snitched or ratted out his associates. According to Tek, his former crew lost his loyalty when they betrayed him; he says they kidnapped him and suggests he was conned out of money.