Monday, March 21st marks the beginning of confirmation hearings for Supreme Court nominee Judge Ketanji Brown Jackson. However, she faces possible conflicts of interest due to an upcoming Supreme Court hearing against Harvard for their use of affirmative action in admissions. 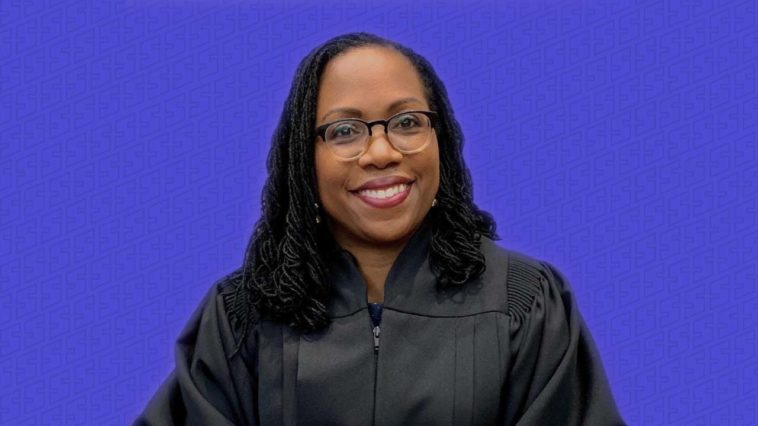 As Judge Brown has been confirmed by the Senate three times; Democrats won’t be relying on Republican buy-in to complete her journey to the Supreme Court, as they only need a simple majority to confirm her. If Democrats are unified in this 50-50 Senate, Vice President Kamala Harris’ vote will break the tie.

Though Democrats have the majority, it won’t shield Jackson from some tough lines of questioning. These questions will revolve around her personal affiliations, including ties to Harvard University.  This comes as the court prepares to hear a case that challenges the university’s use of race as a factor in undergraduate admissions.

Justice Kentaji Brown Jackson may be asked if she will recuse herself from one of the first major cases she would be hearing as a justice – a challenge to Harvard University’s use of race as a factor in undergraduate admissions.

Jackson is an alumnus of Harvard University and Harvard Law School. She also currently sits on the university’s Board of Overseers whose role is to “provide counsel to the University’s leadership on priorities, plans, and strategic initiatives,” according to its website.

This fall, the justices are expected to hear a challenge to the school’s admissions policy brought by a group of Asian-American students. The students alleged they were illegally targeted and rejected at a disproportionately higher rate because of their race. Decisions regarding this case could determine the fate of affirmative action policies nationwide.

“It would be profoundly inappropriate for a jurist to sit on a case for a school in which she has held a governing position and a role in setting institutional policies,” George Washington University law professor Jonathan Turley wrote in a column this month. “For that reason, Jackson will be asked in her confirmation hearing to confirm whether she will recuse herself from the Harvard case.”

This complication could be a segway for Republicans to raise sensitive issues of race, opposition to affirmative action in general, and President Joe Biden’s pledge to prioritize race and gender in his high court pick.

“I expect one of the first questions at this hearing to be: You are highly qualified, but a lot of other highly qualified people weren’t considered for this job because of their race. Would you think that was lawful if it happened at a private employer?” said Sarah Isgur, a former Trump Justice Department lawyer and ABC News contributor. For her, a conflict of interests already exists.

She’s been on the Harvard Board of Overseers for five years — that’s from the start of this litigation through the discovery process. The likelihood that she hasn’t discussed the case while on that Board is very, very low.

Meanwhile, Jackson’s six-year Harvard board term will end on May 26, a school spokesman said. Supreme Court oral arguments in the school’s case would be heard several months later. Federal law dictates that federal judges must recuse themselves from cases where “impartiality might reasonably be questioned” or when “the judge has a personal bias or prejudice concerning a party, or personal knowledge of disputed evidentiary facts concerning the proceeding.” The enforcement of this rule from the Supreme Court is by a honor system, leaving it to each justice to individually decide when it’s appropriate to recuse from a case and explanations are rare when it happens.

“Six years on the Board is a long time, and her impartiality in the case — that is, in favor of Harvard, given her ties to the Board — might be reasonably questioned,” said Gabe Roth, who acts as executive director of Fix the Court, a nonpartisan judicial watchdog group. “I think that balancing these factors, it’d be prudent for her to recuse, though it’s not as clear cut as some pundits have made it out to be.”

Harvard’s Board and their involvement in setting admissions policy, including the possible consideration of race as a factor, as well as guiding the school’s response to the lawsuit has been unclear and a university spokesman declined to comment. “As I understand it, the Board of Overseers is not a policymaking body and does not make admissions decisions or policies, nor are its members in a fiduciary relationship with the university,” said Stephen Gillers, an expert in legal ethics at NYU School of Law. “Recusal would not be necessary, even if Judge Jackson were still a board member when the case is heard.”

Judge Jackson, who is a member of the Board’s executive committee, has not publicly addressed the apparent potential conflict or possible recusal from the case. Former Democratic Sen. Doug Jones of Alabama, who is shepherding Jackson through the confirmation process, declined to say whether recusal has been discussed. “That’s a question that she’ll answer once she gets to the confirmation hearings, rather than me trying to answer for her,” Jones said when he spoke to ABC.

During her time as a U.S District Court judge, Jackson removed herself from at least two cases that involved Harvard University. This is according to a written response to a Senate Judiciary Committee questionnaire she had submitted this month. In 2016, she recused herself from a case involving the Education Department’s sexual assault guidelines for colleges and universities because the Harvard Board of Overseers was “evaluating its own potential response to those guidelines.” Then in 2018, Jackson stepped aside in a case involving a Harvard research librarian who had sued the EPA over a Freedom of Information Act request.

Carrie Severino, president of the Judicial Crisis Network, a conservative legal advocacy group with influence with Republican senators, said, “For similar reasons – even if Jackson resigns from the Board – she may need to recuse from the [affirmative action] case because she ‘has personal knowledge of disputed evidentiary facts concerning the proceeding,’ as described in the federal statute governing judicial disqualification.

If confirmed, Jackson would be the fifth graduate of Harvard Law School on the nation’s highest court. However, legal analysts noted that simply being an alumnus of the school did not alone create an ethics issue. “Her being a graduate won’t be a problem at all,” said Cardozo School of Law professor and ABC News legal analyst Kate Shaw. “If it were, there’d be several other recusals. But it might be prudent for her to resign from that board prior to joining the Supreme Court, which I think would resolve any conflict.”

The Harvard case, in addition to a related suit against the University of North Carolina, will be argued together at the same time in front of  the Supreme Court sometime in October or November. Many court watchers believe the conservative majority will move to roll back, or outright ban, the use of race in admissions.  These cases will be the first test on affirmative action for the six-justice conservative majority since the retirement of Justice Anthony Kennedy and the death of Justice Ruth Bader Ginsburg, with both former justices defending the policy.

On Friday, February 25, 2022, in the midst of the upheaval in Ukraine, President Joe Biden nominated Ketanji Brown Jackson. If confirmed, she will make history as the first Black woman to sit on the highest court in the nation.

Today, as we watch freedom and liberty under attack abroad, I’m here to fulfill my responsibilities under the Constitution, to preserve freedom and liberty here in the United States of America. For too long, our government, our courts haven’t looked like America. I believe it’s time that we have a court that reflects the full talents and greatness of our nation with a nominee of extraordinary qualifications, and that we inspire all young people to believe that they can one day serve their country at the highest level.

51-year-old Kentanji Jackson currently sits on DC’s Federal Court of Appeals. She has been considered the front-runner since Justice Stephen Breyer announced his retirement.

When she was announced, Republican Senators immediately went on the attack on Ketanji Brown Jackson and portrayed her as a pawn of the left.