The widely-recognized face (and voice) of the Auto-Tune movement in music has no problem owning that title. R&B crooner T-Pain pokes fun at his manufactured style in a new ad alongside comedian King Bach and NBA star Anthony Davis. In an era where a lot of singers who use Auto-Tune deny it, T-Pain embraces it. The Grammy-winning performer already went on “The Masked Singer” and won the competition to prove he has legit singing skills, but he’s still willing to make fun for the notion that all he can do is Auto-Tune his voice.

“It’s about owning everything that makes you unique and makes you you and being unapologetic about it. So it’s about everything that I’ve been doing for a long time. Like when you bring up Auto-Tune and stuff like that, I didn’t apologize for that. I kept going, I kept pushing, regardless of how much backlash I got for it, regardless how much praise other people got for it above me.” 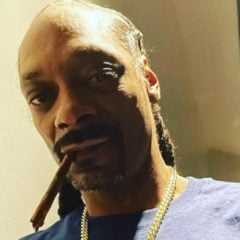 The multi-talented superstar surprised fans with his 2020 album called The Lost Remixes filled with previously unreleased tunes. T-Pizzle’s latest project celebrates the 15-year anniversary since blessing the hip-hop world with his talent.

December 6th marks the 15 year anniversary of Grammy Award-winning singer/songwriter/producer T-Pain’s very first album Rappa Ternt Sanga. A hit album that spawned fan favorites that are still in heavy rotation today including “I’m Sprung,” and “I’m in Luv (Wit a Stripper),” Rappa Ternt Sanga came out the gates swinging. In celebration of the milestone mark, T-Pain has dug into his archives and dropped The Lost Remixes, a package of unreleased hits accompanied by a unique throwback video highlighting memorable parts of T-Pain’s career.

“Aight so what’s the temperature on Tory because I was just bout to drop a song with him and $. … Yea that’s what I figured 😂 … All good I got the morning after pill … Oh y’all thought the “$” meant like I paid him or somethin 😂 nah. I Was saying him and Ty$. My bad. Mix up 😂” -T-Pain’s Twitter

In August 2020, Pain shared footage of himself actually dropping down a large amount on his own office building.