These ladies are returning to the music scene this week with new projects and collaborations. 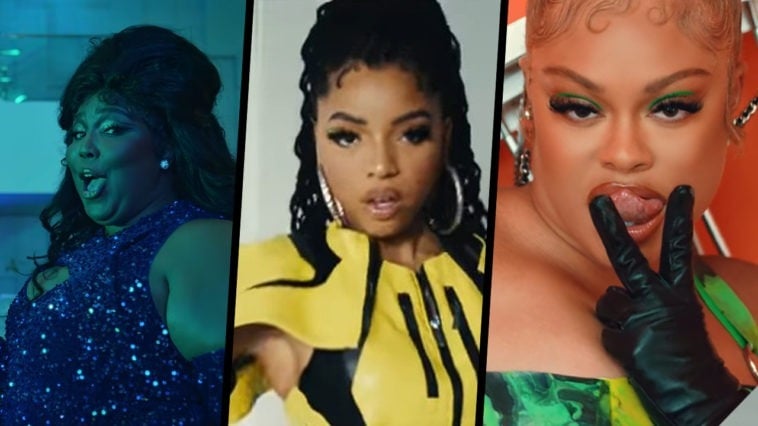 Queen Bey sent her fans into a frenzy after removing her profile pictures across all social media accounts. Many fans are speculating Beyonce is returning to the music scene after #BeyonceisBack trends all over Twitter.

Love looks better in color, and Lizzo’s activewear line Yitty is celebrating Pride Month. Taking to social media, Yitty announced a $25,000 donation will be made to LGBTQ+ youth non-profit organization; GLSEN, in support of their mission to create safe and inclusive schools for the LGBTQIA+ youth.  She joins other celebs, including Ray J, in spreading love and condemning hate.

Chloe Bailey is getting spicy, collaborating with DoorDash on her new hot sauce venture. The “Treat Me” singer took to Instagram to announce the “Make Em Sweat” sauce sold out in minutes!

Alicia Keys took to Instagram to celebrate the success of her first show, starting off her world tour! Kicking off her first performance in the UK, Ms. Keys will be on the road for four months finishing off the tour towards the end of  September in Nashville.

Houston Hottie Megan Thee Stallion can add the face of a high-end fashion collection to her list of accomplishments. She’s got an all-new collection with the French high fashion company, Mugler. Megan recently announced she is the face of the Spring/Summer 2022 collection.

In celebration of the 5th anniversary of her debut album “Ctrl.” Top Dawg Entertainment crooner SZA  took to Instagram to surprise fans with a deluxe edition, adding seven new tracks to the album!  #CtrlFOREVER

Coco Jones made her way back to the music scene with the hit track “Caliber”. The actress and singer graced fans with visuals to the song, which was directed by Spike Tey aka Teyana Taylor. Fans of the “Bel Air” star will enjoy seeing her in this sexy compilation directed by The Aunties. Netflix’s Jeen-Yuhs Gets A Sneak Peek Premiere At Sundance