West Coast rapper Saweetie is deading all the talk. Amidst rumors that she had been spending time with ex-boyfriend and rap star Quavo, she went online to shut it all down. 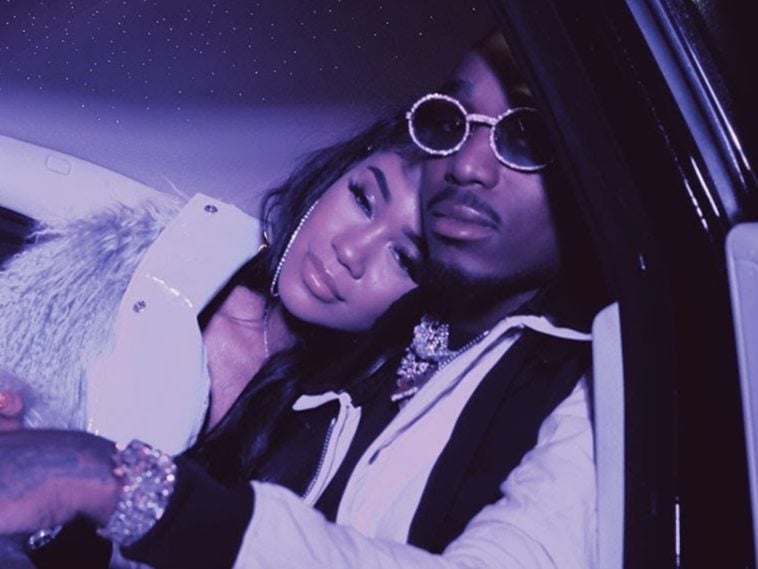 Saweetie Reveals Truth About Getting Back W/ Quavo

Saw asked where the headline came from on Twitter and plugged her dope new McDonald’s meal. She made it very clear that the two were not to be romantically linked again and were definitely not clocking in any time with the Migos leader.

pinocchio a*s article [Lying face] anyways back to this #saweetiemeal

Originally a rumor had surfaced that the hip-hop stars might be back together. New reports said the two musicians have been clocking in time with one another after a painful breakup several months ago.

The report went something like this: the Migos rapper and the McDonald’s meal cover girl had been in New York City together on the low after they broke up back in March 2021. The two were in the Big Apple, leading Quavo to ask to link up – it was also stated the reunited moment had been a success, because the two had liked it. However, she’s since shut that all down.

“Saweetie and Quavo are currently both in New York and have quietly been spending time together on the DL,” a music insider EXCLUSIVELY told HollywoodLife. “Quavo has missed Saweetie since they broke up and he’s been asking to see her. Apparently she gave in because they linked up in NY and have hung out since they’re both there at the same time.” (HollywoodLife)

Rap newcomer Jack Harlow is extra confident in his swagger but he’s not trying to cuff up anytime soon. The Midwest rap artist had to simmer down the idea of wanting to wife up the single rap peer after locking eyes with her at the 2021 BET Awards.

During a red carpet interview back in June 2021, Harlow cleared up immediate speculation of him shooting his shot at the “ICY” rap star. Despite what the rap game might be rooting for, he credited his politeness as being mistaken for him trying to kick game on Saweetie.

After a photo of the two rap stars having a moment surfaced on social media, fans immediately ran wild with one joke after the next. Many also began to speculate whether there is real chemistry between the two.

A few weeks prior, rap star 50 Cent went to his Instagram page with a snapshot suggesting Brooklyn Nets star James Harden dropped massive stacks to go out with Saweetie. Instead of staying mum and letting the snapshot do the talking, Fifty had to weigh-in and drag her ex-boyfriend Quavo for making his ex-girlfriend an alleged high-priced date. Kodak Black Has His Eyes On Kim Kardashian