Trina is finally getting her flowers, as she is set to receive the I Am Hip-Hop Award at the 2022 BET Hip-Hop Award show. Here are four reasons why the recognition is well overdue. 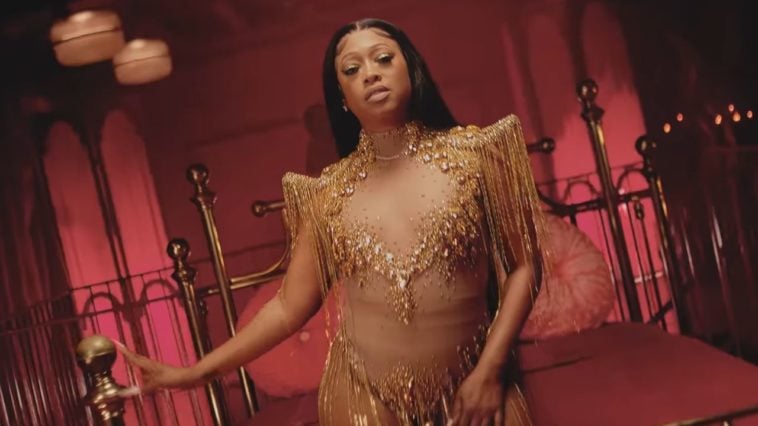 1. She Supports Other Female Artists

Trina has provided plenty of solo hits over the years. However, she makes classics when she links with other female artists—teaming up with artists such as Kelly Rowland, Keyshia Cole, Nicki Minaj, Latto, and Missy Elliott, making timeless records for her fans.

Trina made her debut in 1998, proving why she was considered “Da Baddest.” The Florida rapper was one of the few female rappers to own their sexuality, breaking the mold regarding female empowerment in rap history.

The Diamond Princess would be considered an “OG” in hip-hop. With time and effort, Trina has provided over the years, with twenty-two years in the music industry. This award was way overdue. Respectfully.

The “So Into You” rapper shows no sign of slowing down when making music. She continues to sell out arenas worldwide and gives new hit tracks to her devoted fans.

Congratulations to Trina on becoming the I Am Hip-Hop award recipient.

Trina Branches Out Into Wrestling

Ms. 305 is having a successful month and making history.

Earlier this week, “The Baddest B*tch” made her cameo debut at the AEW Grand Slam event, where she is expected to support Diamante in her match against Jade Cargill.

A backstage video of the event surprised many fans, but the rapper held her own. When asked who she was bringing out, Diamante described Trina as “The OG baddie.”