The Game gives fans an update on the release of his album, along with some clever artwork. 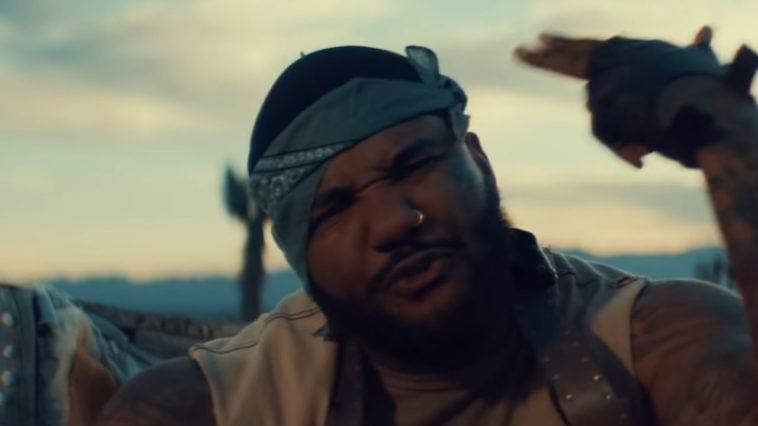 234 Views
Comments Off on The Game Drops New Release Date And Cover Art For ‘Drillmatic: Heart vs. Mind’

The Game has announced August 12 as the new release date for his album Drillmatic: Heart vs. Mind. The upcoming album is co-executive produced by Hit-Boy and musical genius Kanye West.

The “How We Do” rapper also shared the new album cover, which shows him seated on burning couch with creator Brittany Sky.

In addition, the Los Angeles native said he would soon bring the fans a tracklist and reveal the album’s featured artists.

The Game has dropped two singles from the album, “Violence” and “Eazy,” featuring Kanye West.

The Game And Hit-Boy Team Up For Drillmatic

The Game had announced earlier this year that he will pick producer Hit-Boy to executive produce the album, bringing an end to his retirement.

The rapper has been subtly revealing that he has been in the studio cooking things up with the Grammy Award-winning producer for Nas, Kanye West, Beyoncé, Jay-Z, Big Sean, and many others.