Lil Uzi Vert announced he will soon bring fans a project titled Red And White Before The Pink. 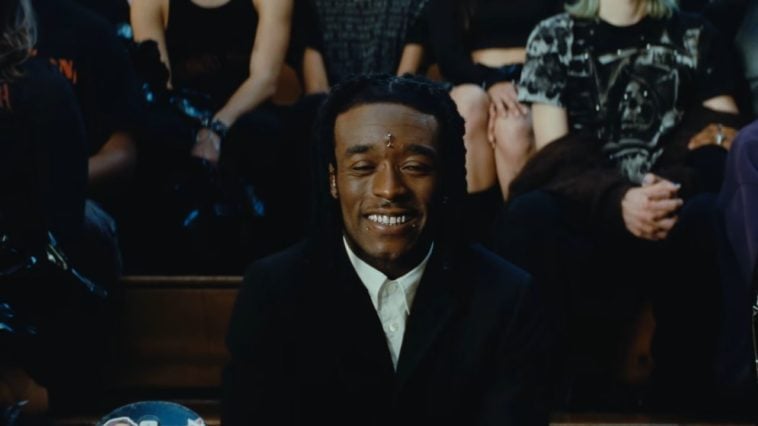 Lil Uzi Vert announced that he has an upcoming project titled Red and White EP Before The Pink.

The cover art looks like a painting of an edgy art exhibit with covers of his previous projects hanging up on the wall.

Furthermore, the last time the Philadelphia native came out with a full project was Eternal Atake which features singles such as “Futsal Shuffle 2020” and “That Way.”

In February, Uzi took to Twitter to share a clip with his new sounds playing in the background.

In the video, Uzi stands in front of the camera with a coat and hood and the heavily auto-tuned track playing in the background.

Quite noticeably, Uzi is dripping in his RocNation chain around his neck.

Fans were hyped by the rare social media appearance, especially after he failed to drop his long-promised Pink Tape during Halloween last year as promised.