Atlanta hip-hop star Lil Baby has been snubbed for a few major awards. While he claims he doesn’t care, the chart-topping MC was clearly proud of being honored recently by the Trap Music Museum as its “Trapper of the Year.” Lil Baby Gets His Flowers From Trap Music Museum

Ahead of this weekend’s Grammy Awards, where he’s nominated for two trophies and will perform live, Lil Baby was crowned “Trapper of the Year” for 2020 by the Trap Music Museum in ATL. He was given a championship ring and the museum created an exhibit for the hometown star.

Lil Baby – Trapper Of The Year!! 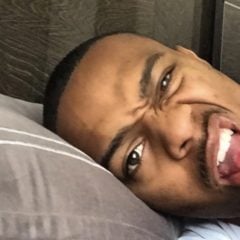 NEWSBow Wow Is Getting Major Help For His WWE Career

Unfortunately, Lil Baby isn’t good at everything. He was totally out of place on the basketball court with fellow Southern rappers 2 Chainz, Quavo and Jack Harlow in their 2-on-2 showdown during NBA All-Star Weekend.