Chicago rapper Lil Durk is keeping his late protégé King Von‘s memory alive. The hip-hop artist has released the visual treatment to their “Jump” music video with Only The Family’s Booka600 and Memo600. In the must-see visual, all four hip-hop artists grace the screen, however, King Von’s presence stands out the most just months after his tragic death in Atlanta. Instead of just going the flashy route, Durk adds major cinematic elements and storytelling in the video. 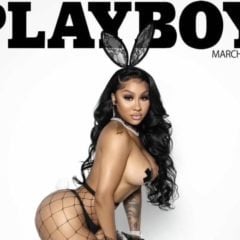 Chicago rapper Lil Durk recently set the record straight. After a tribute chain to King Von that was reportedly his surfaced on social media, LD came forward and cleared up the air.

The jeweler who made the chain, Mazza, also spoke on the matter. They showed mad respect in an Instagram post and said they never intended for it to look like the chain was made for Durk.

“I took the Von design down out of respect for the situation I posted the design I completed a while back to actually show love to Durk. I never said it was his and media sources said what they wanted to say. Legitimate sources actually contacted me and I told them the scenario. I have nothing but love for Durk and his craft. In my opinion, the piece was [fire] and would have been a great start to a long-lasting relationship.”