Kodak Black and Azealia Banks’ jaw-dropping posts have had social media on fire all week. Between the voodoo and the controversial opinions, this is a list of why they’d be a match made in heaven. 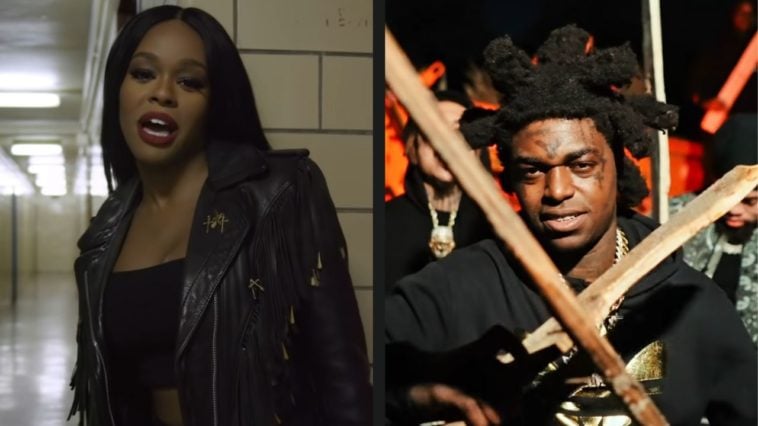 199 Views
Comments Off on Kodak Black & Azealia Banks Fire Up The Internet; Could They Be A Match Made In Heaven?

Kodak Black and Azealia Banks could be the perfect pair considering their rambunctious personalities and recent social media posts.

From Kodak recently sharing a few cold words in the wake of PnB Rock’s passing and Azealia proving she’s the villain of female rap by trolling Nicki Minaj on Twitter, the list of reasons is endless.

Here are five reasons SOHH believes these two are simply made for each other:

Geminis are known for their fiery, extroverted, flexible personalities. It is said there is never a “boring” moment around them.

Some have even suggested that the “212” rapper might be a good match for fellow Gemini Kanye West for their chaotic energy.

The age gap also didn’t stop Azaelia from professing her love for Kodak.

She tweeted “I have a crush on kodak” in May.

Age gaps are certainly not a factor to Kodak as he has expressed his admiration for rapper Young Ma, who is only a year younger than Azealia.

Azealia has made many headlines for suspicious voodoo activity, including a live video in 2016 on Periscope that fans suspect to be a sacrifice.

Many fans have spoken out about her “sacrificing” chickens and believe it to be an indicator that she practices dark rituals.

Kodak has never directly said he is into voodoo, but he did rap about it.

In Future’s song “Voodoo,” fans feel Kodak rapped about the topic too well not to be a practitioner.

Though people have different opinions on Azaelia and Kodak, one can not deny that they are entertaining.

In fact, despite the controversy, fans are still crazy about them since they always keep everyone on their toes.

This past May, Azealia took to her Twitter account and voiced her disdain for pronouns in the LGBTQ community.

In 2019, Kodak faced backlash for anti-lesbian slurs in his song, “Pimpin’ Aint Eazy,” where the Florida rapper used an LGTBQ offensive term, “dyke.”

“I be pullin’ out straps on these fuck niggas,I go Young M.A on these dumb bitches like a dyke man, you niggas can’t fuck with me.”

5. The Villains Of The Rap Game

This last one is a no-brainer for most fans.

The two artists are known for voicing their strong opinions without a care in the world if it sparks controversy.

The female rap villain revealed that she gave the “Super Freaky Girl” artist false information regarding a fellow rapper practicing “voodoo” on her behind closed doors.

The Queen of Rap has not responded to Banks’ recent jabs.

In the wake of PnB Rock’s death, Kodak responded with a disturbing social media post where he blames the slain rapper’s girlfriend and says:

It’s clear that these two would be a chaotic force to be reckoned with if they ever do become a couple.

Speaking of rambunctious personalities and no filter, Ye recently gave some major fashion brands a piece of his mind.

Though he has stayed out of music- or drama-related headlines recently (for once), Kanye West has shown his displeasure with the current situation of his collaboration with Gap multiple times over the past year.