Racist comments have flooded the internet, attacking Halle Bailey for being cast for The Little Mermaid’s fictional main character, Ariel. What if the entire cast were people of color? 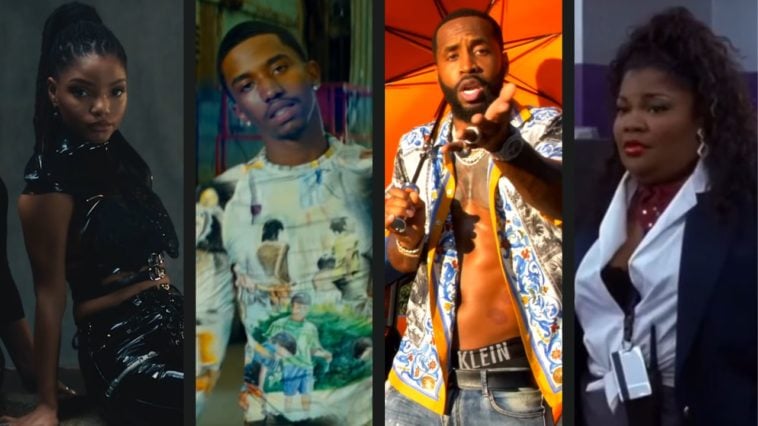 Here are SOHH’s top picks for Disney’s The Little Mermaid if the whole cast were people of color.

As the popular saying goes, if it ain’t broke, don’t fix it.

Halle worked alongside Hollywood heavyweights in the upcoming remake of The Color Purple. She has also nabbed multiple Grammy nominations while working alongside her sister, Chloe Bailey, as the sister duo Chloe x Halle.

Besides, can you name another burgeoning young actress that has received mentorship from Queen Bey herself?

Ariel’s father has to be played by a well-seasoned actor with the right presence.

Keith David is an established actor with a booming, authoritative voice that can command a nation.

With respect to Javier Bardem, Keith would be an inspired choice.

Melissa McCarthy’s talents are mainly in comedies like Ghostbusters and Bridesmaids, which, to be fair, did get her an Oscar nomination.

However, a true talent with comedic and dramatic prowess that can own the role would be Oscar-winning Mo’Nique.

Her turns in villainous roles in Welcome Home, Roscoe Jenkins, Beerfest, and, to a lesser extent, Precious, prove she has what it takes to turn heel.

Is it considered a step down for a King to play a Prince? King Combs, the youngest son of Sean “Diddy” Combs, is considered quite the heartthrob by his adoring fans.

His youthful exuberance would make him the perfect companion to the mermaid princess.

Lin’s already writing music for the film, so why not?

The self-proclaimed Little Mermaid fan already has singing and acting down pat after his less than a year stint starring in the hip-hop musical Hamilton.

Soon after, his musical, In the Heights, was adapted into a major motion picture starring Anthony Ramos and Leslie Grace.

The decision is such a no-brainer!

Casting Snoop as the chef aboard the ship would give the right amount of tongue-in-cheek humor that the movie could benefit from.

He’s got to have learned how to cook some dope meals after working with his bestie, Martha Stewart.

This role could be kin to him playing the pilot in Soul Plane. Rather than trying to cook Sebastian all the time, the two could bond over mutual admiration of unique dishes and ingredients to add to those dishes.

Last comes the role of everyone’s favorite crab. Sebastian has to stay Jamaican.

Who is better than the “New Dip” artist?

Much of the humor from the film is derived from his character, and it wouldn’t translate as well if he is rewritten to be another race or ethnicity.

It’s A Wrap For Halle

Last June, Halle Bailey announced the completion of the remake of the Color Purple. In the film, which is scheduled for a December 2023 release, Halle will play Nettie, the younger sister of Cellie.

Cellie will be played by Fantasia Barrino, who rose to prominence after winning the third season of the reality television series American Idol.

Colman Domingo and Corey Hawkins are also part of the film’s cast.