Young M.A. fans are speculating if the New York rapper is pregnant. Twitter continues to flood with many questions, as the Brooklyn artist trends on the social media platform. 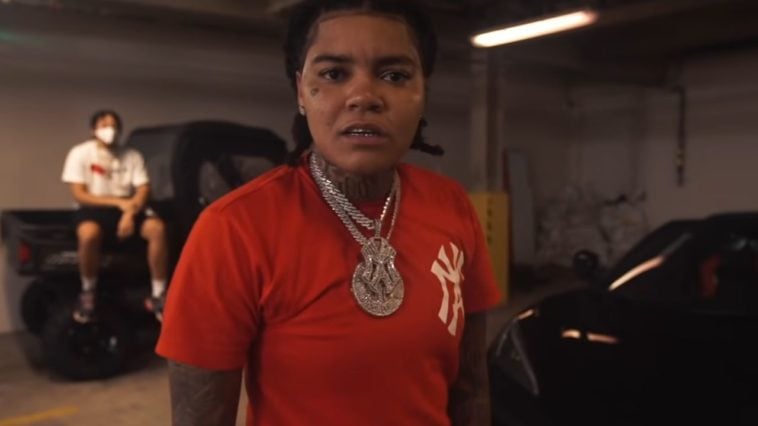 189 Views
Comments Off on Is Young M.A. Pregnant? Fans Are Buzzing

Young M.A fans are on edge for new music and have begun speculating if the “Da Come Up” rapper has been hiding out due to an unannounced pregnancy.

Fans can recall rapper Kodak Black “thirsting” over the rapper a couple of years ago. Yak said “Ya’ll can get it,” referencing Young M.A and Nicki Minaj.

In a tweet, fans also joked about the east coast rapper potentially being pregnant by Nick Cannon who has fathered 9 children.

While there is no direct evidence to confirm or deny rumors, the “Off The Yak” artist released her last album almost two years ago.

It’s no secret that outside of hip-hop, the Herstory artist is also an aunt.

Despite the talented rapper’s October release of her latest single, “Pick a Side” impatient fans are ready for new heat along with a full body of work.