Earlier this week, NBC Network celebrated the 74th Primetime Emmy Award Show. Five of its winners were Black women, making the moment monumental. Many of them are on the road to the rare EGOT (Emmy, Grammy, Oscar & Tony Awards) status. 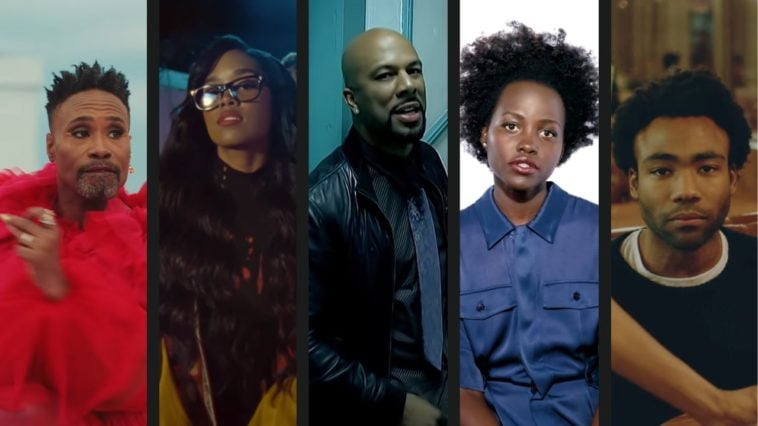 The winners in the 74th Emmy Award show were announced on Monday evening at the Microsoft Theater in LA. Black women were applauded everywhere as Lizzo, Sheryl Lee Ralph, Quinta Brunson, and Zendaya took home an award.

Many believe that it is high time Black entertainers are recognized for their achievements in Hollywood.

Here is a brief list of Black artists who have the potential to make EGOT status:

In 2013, Porter won a Tony Award for “Best Performance” for the film Kinky.

He also won an Emmy in 2019 for “Outstanding Lead Actor” in the hit drama series, Pose. In 2014, the actor won a Grammy for best musical theater album. The actor is only missing an Oscar, which he’s well on his way to winning.

Common, formerly known as Common Sense, is one award away from achieving EGOT status.

The rapper and talented actor currently holds two Oscars for “Best Original Song,” an Emmy for “Outstanding Original Music and Lyrics Category”, as well as 3 Grammys and 20 nominations throughout his career.

The only thing he’s missing is a Tony Award.

He also won a Grammy for his song “Redbone.” He is two achievements shy: an Oscar and a Tony award.

In 2014, Lupita won an Oscar for “Best Supporting Actress” for her role in 12 Years A Slave.

She also took home a Tony Award in 2020 for her role in the play Eclipsed. She is missing the Emmy and Grammy awards.

The “Damage” artist has won five Grammys in total. Last year, she won an Oscar for “Best Original Song”, The young artist is two awards away from EGOT and has admitted that she is aiming for big Hollywood status during an interview with Variety.

Whoopi Goldberg, John Legend, Earl Jones, Quincy Jones, and Harry Belafonte remain the only Black celebs in history to have achieved EGOT status. Whoopi remains the only Black woman to have.

Why Is EGOT Such A Big Deal?

Very few Black entertainers have achieved EGOT status. Black artists have worked tirelessly for their work to be seen, heard, and included in the once prominently white Hollywood space.

In the early 20th century, before African Americans were allowed to appear on-screen, white actors would paint their faces black and play out stereotyped depictions.

Lincoln Perry was the first African American actor to play on screen in the 20th century.

He built his career playing the role of Stepin Fetchit, a character who was mocked and seen as the laziest man in the world.

Despite Perry’s hard work, success, and achievement of being the “first,” he never received any award.