Hip-hop and fashion mogul Kanye West is a true artist. Whether it’s music, clothes or shoes, it seems everything he produces creates a love-hate divide among the public. Kanye’s new Yeezy shoe release is no different.

The Internet was buzzing when legendary hitmaker Kanye West dropped his new Cloud White Yeezy 450 kicks from adidas. While a lot of people had jokes and slammed the $200 shoes for their design, a lot of people also had to have them; the Yeezys reportedly sold out online in just one minute. 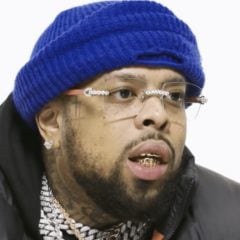 NEWSWestside Gunn Has Only Slept 4 Hours In 3 Days