Kanye West praised Rihanna in a now-deleted post, where he crowned her as the “blueprint of this generation.” While fans gushed over Ye’s love for Rih, others speculated if his statement were true of the businesswoman. 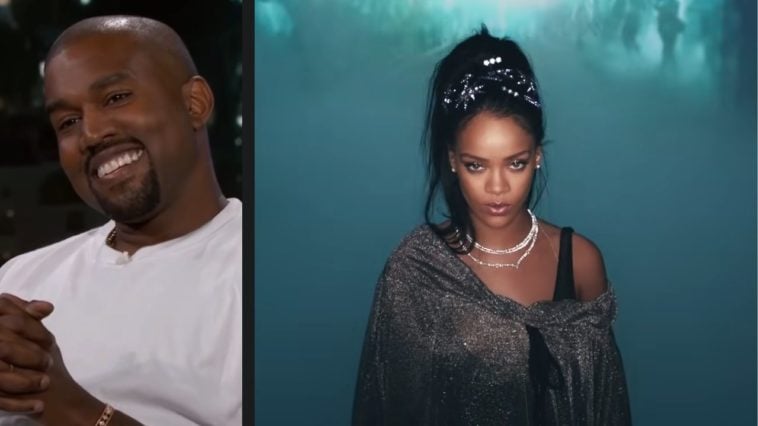 Ye, who has been in awe of Bad Gal Riri since the 2016 VMAs, recently shared that he believes Rihanna is the G.O.A.T of our generation.

The FENTY mogul was discovered at only 15 in Barbados and released her first hit single “Pon de Replay.”

The well-respected businesswoman managed to build a work ethic early on that snowballed into her greatness.

Here are five times the FENTY mogul has proved that she is indeed the G.O.A.T:

Rihanna released eight studio albums in the span of her career.

She later signed to Roc Nation in 2014, where she released her last studio album, “ANTI,” which featured hit singles, “Work” and “Needed Me.”

Rihanna’s ability to pull off any look effortlessly while experimenting with street fashion has stunned fans over the years.

The queen has done it all, avant-garde, couture, oversized; she even introduced the streets to lingerie and sneakers.

The fashionista has tried it all and has made the cover of Vogue internationally 30 times.

3. Meet FENTY, An Extension Of The ‘Bad Gal’

Ms. Fenty globally released her FENTY beauty line in the fall of 2017, with products sold out of Sephora stores.

The line included 40 shades of foundation, breaking the beauty mold and celebrating women of color.

A year later she expanded her brand even further and introduced her FENTY X Savage lingerie line which is inclusive of all body types and inclusive of the LGBTQ+ community.

Rihanna officially became a billionaire in 2021 and was declared “Self-Made” by Forbes Magazine.

With a 2017 net worth of $1.7 billion, the magazine named her “the wealthiest female musician in the world.”

Her wealth is attributed to her successful career as a music artist, fashion brand deals, collaborations, and FENTY which significantly expanded her earnings.

The FENTY brand is worth about $2.8 billion.

5. The Singer Becomes An Ambassador For Barbados

In 2018, the island beauty was honored by Barbadian Prime Minister, Mia Mottley, as a National Hero of Barbados.

The “Work” singer is the second woman to receive the award.

The top-charting superstar turned mogul is relentless in her pursuits, and fans are excited to see what’s next.

10 Artists Who Are Setting The Culture On Fire

Every generation has a set of artists who significantly influence the culture.

Well-known artists are paving the way for others to thrive, and their impact won’t go unnoticed in the next decade.