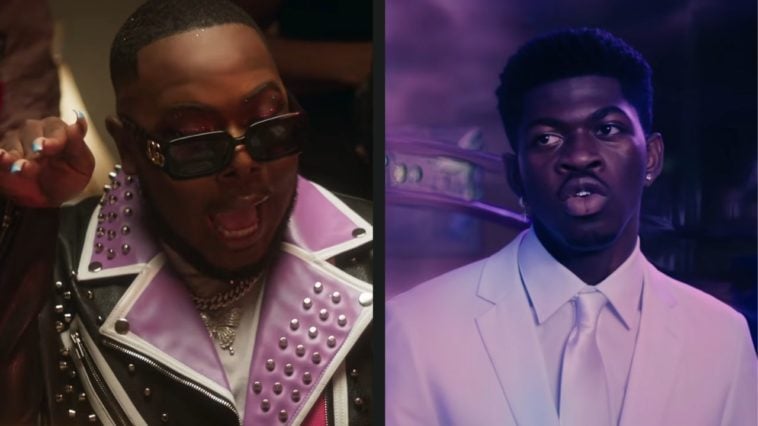 Rapper Lil Nas X brought out “Material Girl” artist Saucy Santana during his show to give fans a preview of their brand new collaboration.

The “Old Town Road” artist teased back in March that he had a new song on the way with Saucy, along with his BET diss track Late to da Party featuring NBA YoungBoy.

Furthermore, the snippet caught a fan’s eye on Twitter:

“Oh that Lil Nas X and Saucy Santana song about to eat the girls up.”

Based on this fan’s tweet alone, the anticipation is slowly brewing up for the official release which should be announced soon.

Lil Nas X’s last single was a collaboration with NBA YoungBoy, going after BET for not nominating them at this past award show. Macklemore Feat. King Draino “How To Play The Flute” Video