Irv Gotti was interviewed on “Drink Champs” and reminisced on how he got his heart broken by a former Murder Inc female artist he once dated in the past. 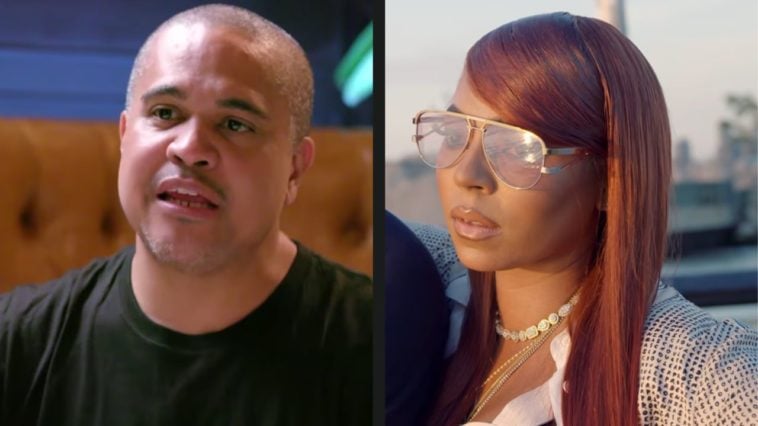 In a snippet of an upcoming interview on the “Drink Champs” show alongside Ja Rule, Irv Gotti spoke about his past relationship with Ashanti.

Gotti took a trip down memory lane and opened up about how the “Foolish” singer dumped him for the St. Louis rapper Nelly:

“At the time it happens, any man is hurt, the chick you’re fucking in love with is with this nigga.”

In addition, Irv also shares how the moment he found out Ashanti was dating the “Dilemma” artist went down:

“I was at home, NBA package I like watching sports, oh my god what’s all this commotion going on in the stadium, we just found out what the commotion is, Nelly just walked in with Ashanti.”

The full interview will premiere Thursday on Revolt TV at 10 PM, where fans can hear the full scoop.

Next Tuesday the five-part docuseries will premiere on the label at 9 PM.

Irv Gotti’s Murder Inc. Records and BET Networks are collaborating on a docuseries to explore the rise and fall of the label after a scandalous federal money laundering investigation and a relentless takedown by 50 Cent.

The truth is sure to open up old, unhealed wounds.