Chance The Rapper addressed recent comments stating that he “fell off” during an interview with Power 105.1’s “The Breakfast Club.” 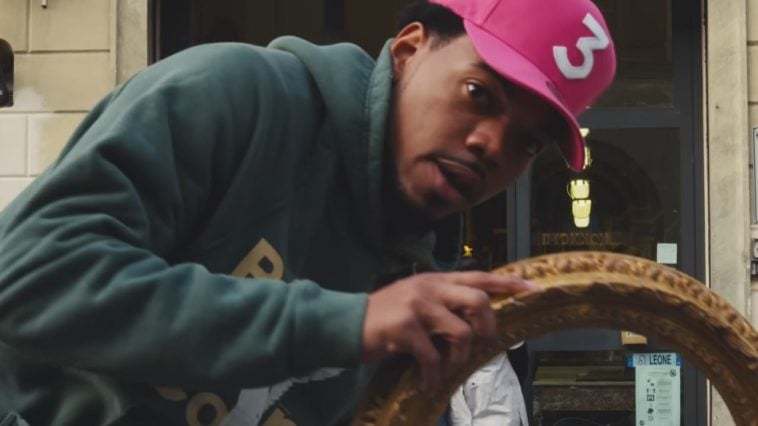 Chance The Rapper was interviewed on “The Breakfast Club” and was asked by co-host Charlamagne Tha God about how he handles comments saying he fell off.

“I could do one of two things, I can either agree with it or I can live my life,” Chance said.

Chance faced a lot of criticism for his debut album, The Big Day back in 2019. The perception from music fans was that the album “flopped” and did not match the quality of his previous projects such as 2013’s AcidRap and 2016’s Coloring Book.

Chance appears unbothered and confident with where he stands in his career:

Don’t Call It A Comeback

Chance heard the falling off claims and has given fans a tease of new music.

In February, he shared a video on Twitter of being in the studio with friend and fellow Chicago rapper Vic Mensa and captioned it “THE RETURN.”

Chance also linked with Mensa in Ghana, where Mensa had visited several times and has family roots.
They also announced they would have a “Black Star Line” festival in Ghana. The Beyonce Versus JAY-Z Oscar 2022 Battle Is Brewing