Doja Cat announced to fans she had emergency surgery on her infected tonsils. While many fans wished the artist a speedy recovery, some questioned if this was finally her way out of the music industry. 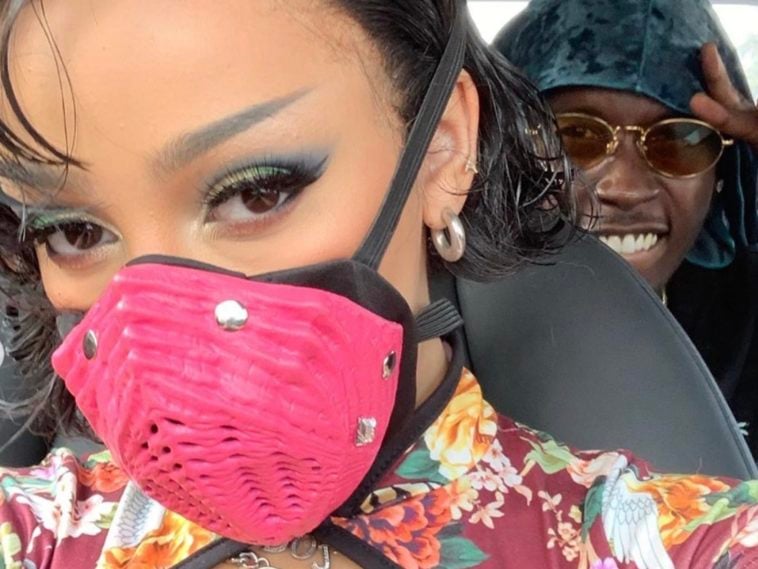 149 Views
Comments Off on Doja Cat’s Addiction To Vaping Caused A Nasty Tonsil Infection. Is This The End Of Her Music Career?

The “Say So” artist took to Twitter to announce bad news to her fans. Doja expressed an infection in her tonsils had resulted in emergency surgery to have them removed.

“dr. just had to cut into my left tonsil. I had an abscess in it. my whole throat is fucked so i might have some bad news for yall coming soon.”

Doja went on to explain that she knew her tonsils were already infected, but her addiction to vaping caused it to get worse.  And being placed on antibiotics didn’t help the infection go away at all. She explained:

“i was taking fuckin antibiotics but forgot that i was taking them and then i drank wine and was vaping all day long and then i started getting a nasty ass growth on my tonsil so they had to do surgery on it today.”

Many fans expressed to the “Kiss Me More” artist to just simply throw the vape away.  But Doja went into details about her addiction to vaping, saying kicking the habit wouldn’t be that easy.  She tweeted:

“Throwing them away just instills panic. I’m addicted but I’m not weak. I was literally staring at my vape today that normally i’d hit a thousand times a day and hit it two times instead. I’ma try to go cold turkey for now but hopefully my brain doesn’t need it at all by then.”

Though her tonsils are not fully removed, fans are questioning if this is Doja Cat’s way out of her music career.

Earlier this year Doja Cat took to Twitter to announce that she’s quitting the music industry. Was Doja just in her feelings or was she really fed up?

Doja’s Tweets had fans worrying the singer had lost her mojo and was ready to throw in the towel.  Apparently, DC was upset over fan backlash from a performance and posted a tweet that read,

When fans responded saying she lost her humility, Doja doubled down on her despair saying she’d had enough and that life as an artist had become a “nightmare.” She tweeted, “it’s gone and i don’t give a fuck anymore i fuckin quit i can’t wait to fucking disappear and i don’t need you to believe in me anymore. Everything is dead to me, music is dead, and i’m a fucking fool for ever thinking i was made for this this is a fucking nightmare unfollow me.” Lil’ Kim + Trina VERZUZ Battle Is Not Being Taken Seriously