Omeretta The Great, the newest signee to hit-making record mogul, Diddy “Love”, has expressed to fans the ongoing battle of mental health issues she’s currently facing.  The pressure to work and make money has Omeretta “numb.” 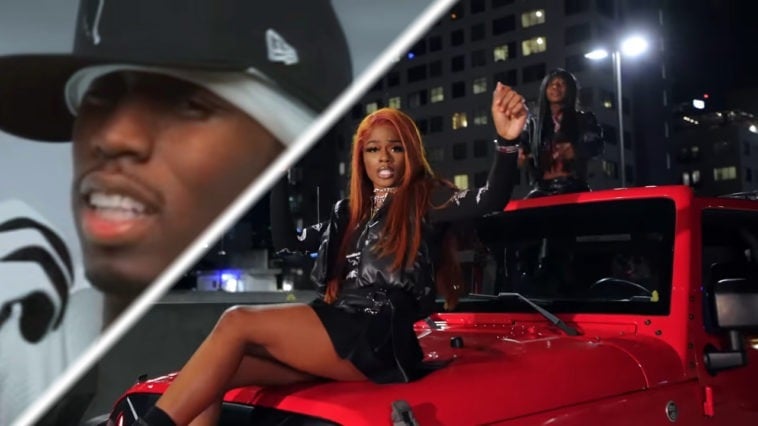 129 Views
Comments Off on Omeretta Not Feeling So Great, Battles Mental Health After Being Signed To Diddy’s Record Label

The “Sorry Not Sorry” rapper took to Instagram to get personal with fans about her struggles with mental health.

Omeretta shared a compilation video of herself working non-stop since landing a record deal. Though the artist is grateful her dreams are coming true, she makes it known not everything that glitters is gold.  She shares how she’s been crying out for help. She also mentions the people around her don’t care about her mental health.

In a lengthy IG post, she gets personal with her fans saying she feels “numb.”

“I just feel like I should be and can be open with y’all.. I been feeling so drained and I been telling people this but nobody listening cuz nobody care. I been so numb to everything you would think I would be so excited with all my dreams coming true but I can’t feel nothing.”

The Atlanta artist went on to express how she feels like the ones around her treat her differently now that she’s a signed artist. She shares that there are so many expectations for her to make money and dish it out while no one cares about how she is doing mentally or personally.

“People don’t treat me like a human no more they think I’m a money machine or a robot. Nobody asking me how I’m feeling or how I’m doing mentally Everybody call my phone and need something. I would cry but crying never solved my problems. This shit hurt💔 people telling me “this what come with it” “more money more problems” they ain’t lying.”

Though she’s grateful for her new beginnings. Omeretta The Great let her fans know that new music is still on the way.  She says she needs some time off from social media and a break from overworking so she can focus on getting her mental health back in order.

“I just wanted to let y’all know what’s up with me. Everytime I go missing from social media it’s because I’m drained and this shit don’t make it no better. Of course I got music on the way please don’t ask me I just need a min…”

Omeretta Is A Bad Girl

Omeretta is signed to hitmaking record mogul, Sean P. Diddy “Love” Combs – responsible for the careers of some of the biggest stars in hip-hop music.  Diddy has a reputation for being a taskmaster, a trait he publicly demonstrated in his infamous hazing scenes on MTV’s Making The Band.

Omeretta should take some advice from Summer Walker, who has been very vocal about her struggles with mental health.

Earlier this year, while performing on stage in Atlanta, Summer gave fans a disclaimer that she won’t be performing some songs from the new album like “Reciprocate”, “Circus” and “Session 33,” saying those songs open fresh wounds and that she doesn’t want to cry.

“This shit is real.  I write all (most) of my stuff.  I ain’t got time to be up here singing that shit crying in front of yall so I sang what I could and hope that yall still enjoy the show,” she told the crowd.This is a great example of Summer Walker prioritizing her mental health as she struggles with depression and anxiety.  Walker’s social anxiety became most known to the public in 2019 when she had a short speech at the BET Awards and axed the majority of her Over It tour dates. Black Panther ‘Wakanda’ TV Series In The Works At Disney Plus