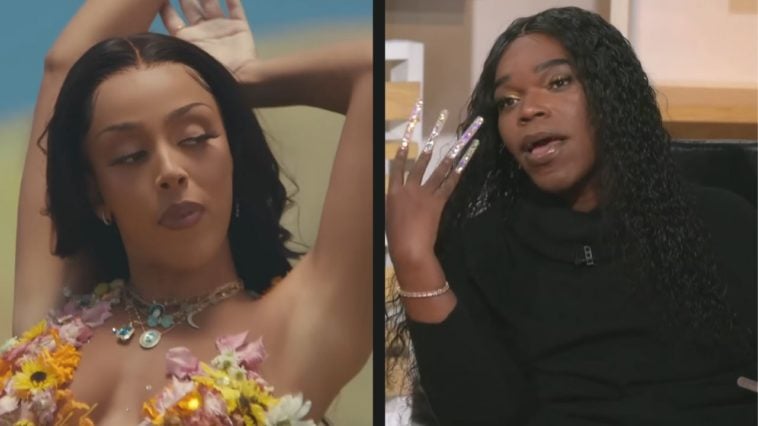 Doja Cat has responded to Rolling Ray’s claims on Twitter and told him to check his dm.

Rolling Ray took to Twitter yesterday to call out the Planet Her artist for trademarking the term “It’s Giving.”

However, Rolling Ray is the originator behind the term, “It’s Giving.”

He was first recognized for using the term while doing a reaction video for the new Popeyes chicken sandwich in 2019.

The “It’s Giving” creator was upset that the pop star used the term without his permission.

“Lots of anti blackness and ableism in the quotes. All this over a byerachel?”

Another fan tweeted a thread based on the situation stating:

“Rolling Ray popularized It’s Giving and “it’s giving/not giving what it was supposed to have gave”. We all know this. No one should pretend to be confused – idk why he didn’t trademark it, but I do know trademarking isn’t cheap.”

Meanwhile, it looks like the two have resolved the situation.

Yesterday, Doja Cat announced she would be taking on a new business venture.

The pop star dropped the official website where fans can pre-order and sign up for updates when the line officially drops.

All items will be shipped on September 30. Who Really Is The Queen Of Drill Rap? Here Are 9 Top Mentions.