With his upcoming album dropping next Friday, JID served his fans a very interesting visual for one of the album’s tracks. 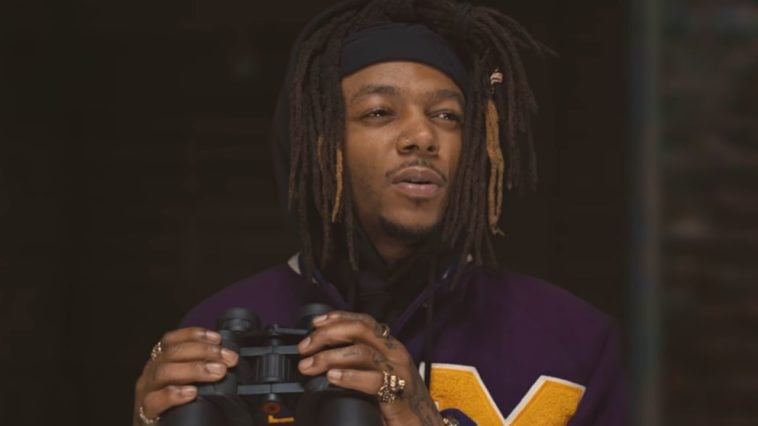 The “Dance Now” rapper posted a video on Instagram that previews a new song and hints at a new documentary.

The track is called “2007,” and it features Dreamville co-founder Ibrahim Hamad, JID’s father, talking about him changing his life with rapping and a closing statement from J.Cole praising JID.

In the YouTube version, the video is JID rapping over a military picture of a family member and a motivational letter written by JID saying how proud he is of his next album.

In “2007,” JID raps about his life during that year, with him choosing rap full-time over football.
This song will be featured on his upcoming album, The Forever Story, which will be released on August 26.

JID Back At It

Ahead of his next studio album, the rapper has definitely not had a quiet rollout.

The Dreamville signee released the song and video for “Dance Now” ahead of the album’s release.

Back in July, JID held an event in New York, which was allegedly a listening party for The Forever Story.