The relationship between City Girls rapper Yung Miami and music mogul Diddy has been taking over the internet. Fans are even wondering if Yung Miami’s new tattoo could be Diddy’s name. 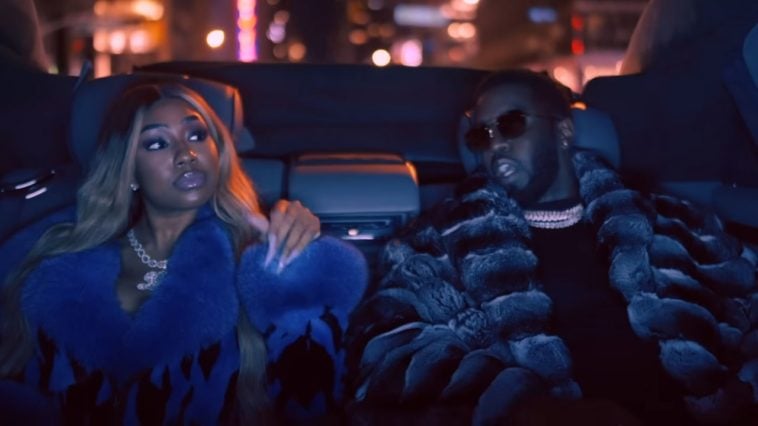 99 Views
Comments Off on Did Yung Miami Get Diddy’s Name Tatted? + Gifts Him A Diamond Chain, And Fans Ask For “Caresha’s Prayer”

The relationship between one-half of the City Girls Yung Miami and Music Mogul Diddy has been taking over the internet.

A photo of a tattoo on the Caresha, Please host’s left ring finger that says “Love” in a cursive script also resurfaced.

Fans believe the tat could be related to the “Hello Good Morning” artist since he had his name legally changed to “Love” in 2021 after going by the name unofficially for years.

It was also  rumored the two had been dating since last year, where they publicly confirmed it on the first episode of Miami’s podcast “Caresha Please” early this year.

Yung Miami, whose real name is Caresha Brownlee, was trending earlier this week due to the relationship being perceived as very healthy and loving. Fans were even seeking “Caresha’s Prayer” on Twitter.

The saying references a track from Summer Walker’s sophomore album, Still Over It, titled “Ciara’s Prayer,” where she asks for a healthy relationship like Cici has with her husband, Russell Wilson.

Before the trending topic, the City Girl reciprocated the “Love” Diddy showed her after winning her first award for her podcast.

Additionally, the City On Lock rapper gifted a diamond flooded chain to Diddy for his birthday.

Along with being one of the biggest music moguls in the industry, Diddy is on to bigger and better business ventures.

He is set to own one of the largest Black-owned cannabis companies.