Essence Girls United hosted its third annual summit at the Atlanta Contemporary Arts Center. The organization also took the time out to honor both Megan Thee Stallion and Jayda Cheaves. 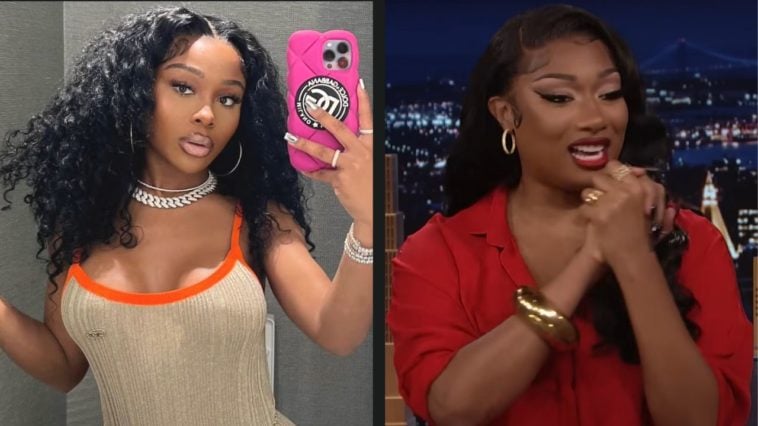 Essence Girls United honored Megan Thee Stallion and influencer Jayda Cheaves  at their third annual summit in Atlanta, Georgia, over this past weekend.

This year’s theme was “Forever the Blueprint,” which celebrates Black women and gender-fluid youth who show progression, tenacity, and resilience within their work and achievements.

Megan Thee Stallion was honored at the Future Makers Award Dinner with the “GU Entertainment of The Year” award. The Traumazine artist has been busy lately with her Amazon Live performance, SNL appearance, and more.

Secure The Deal, Get The Bag

Megan Thee Stallion has been busy at work these days, and she’s not stopping. The Houston Hottie recently announced that she and her team are working on her documentary.