Fans get ready for 2023 as Ice Spice, Armani White, FLO and more gear up to take over. Vevo’s “DSCVR Artists To Watch” campaign has officially entered its ninth year and has showcased all the up-and-coming artists that have the potential to break into the mainstream. 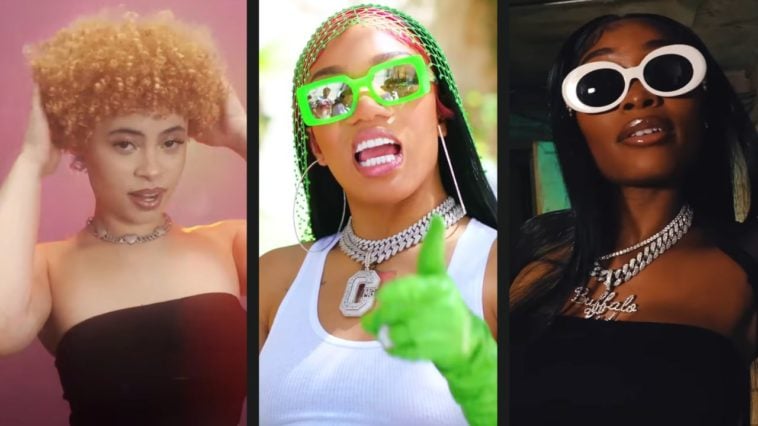 Vevo’s “DSCVR Artists To Watch” has entered its nineth year of the campaign with a heavy line up of up-and-coming artists. The campaign received over 500 submissions, where the list has been narrowed down to 20 candidates.

Scoring a place on this competitive list could essentially catapult a new artist’s career and can also be featured in Vevo’s video playlist lineup. Some of the lucky artists featured on the list are:

Inspired by the early 2000s, this girl group has shown promise and authenticity within their music and creativity. With their debut EP, The Lead, already having fans in an inescapable chokehold, many can only expect the same level of intricacy and vulnerability in their highly-anticipated debut album.

With her smash hit “F.N.F,” signing with CMG Records, and her debut EP Anyways, Life’s Great dropping in less than two weeks, fans can only see great things from this Memphis native. Working with some of the biggest names in the industry, like Cardi B, JT, and Latto, and even performing at prominent events at early stages in her career.

This young artist’s impact will not only shape the culture but inspire new artists to embody the same drive.

From rapping about a “Munch” in the park to performing at Rolling Loud New York, and inspiring a Halloween costume, this Bronx artist is taking drill music by storm.

Ice Spice is making moves within the industry and show no signs of calling it quits. The video for her newest song “Bikini Bottom,” has already reached 2 million views on YouTube.

Fans are excited to see what this young woman has in store for the world.

In addition, many of the program’s alumni have achieved monumental success such as Sam Smith, Pop Smoke, Jorja Smith, and Billie Ellish.

Vevo was not wrong with its picks of last year’s artists to watch. Some of these artists have been taking over the world of hip-hop. With over 500 submissions, Vevo’s “Artist to Watch” is one of the most highly-anticipated competitive lists to appear on, as the artists and bands that make it, receive critical exposure and promotion that help propel their careers. Cardi B’s Official Bardi Beauty Line Is In The Works