If you thought LeBron James gets clowned for his losing record on the big stage, check out what’s happening with DaBaby. The North Carolina rapper is one of the hottest artists in any genre right now, but he somehow walked away from the 2020 BET Hip-Hop Awards with zero trophies despite being nominated for 12 awards.

Going into Tuesday’s awards show, DaBaby had more nominations than anyone else with 12 — one better than Roddy Ricch, also topping Megan Thee Stallion (eight) and Drake (eight). When the show was over, however, DaBaby hadn’t won a single category. 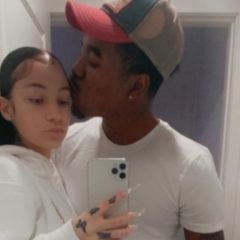 Rap star Kanye West recently shared on Twitter a series of messages with DaBaby in which they’re obviously discussing a project. Later on, Kanye dropped a snippet of that collaboration.