In 15-plus years of being famous, 50 Cent has dated an eclectic mix of celebrity women. From actresses (Vivica A. Fox) to comedians (Chelsea Handler) to singers (Ciara) to models (Daphne Joy) to socialites (Kim Kardashian), Curtis Jackson has a long list of real and rumored girlfriends.

The woman currently linked to 50 is a relative unknown compared to many of his exes. Cuban Link is 50 Cent’s girlfriend and has been for at least the last year. The fitness trainer and model was not a celebrity pre-50, but she’s picking up more fans and followers since getting with the New York rapper/actor/entrepreneur.

There is still a lot to learn about 50’s boo, so here’s a head start….

Cuban Link Is Not Cuban

Despite the nickname, the 25-year-old Cuban Link isn’t actually Cuban. Her mother is Puerto Rican and her father is Black. 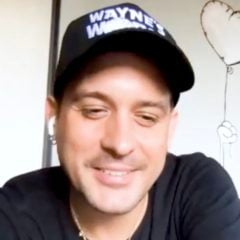 According to her Instagram bio, Cuban Link is an aspiring corporate lawyer. She reportedly received her bachelor’s degree from Rutgers University in New Jersey and is attending law school.

While she works toward her law career, in the meantime Cuban Link is working as a model and certified personal trainer. She also sells her own line of women’s activewear, CubanFit, which she describes as “trendy and fashionable yet affordable.” She has said she wants to open her own gym someday.

For their first date, Cuban Link gave 50 Cent the address to a restaurant. He assumed it was the address to her house, but she didn’t want to let him know where she lived just yet. Everything worked out, as the couple debuted publicly last summer and have been going strong ever since.