Cardi B took to Twitter to clear up fight rumors after a fan got too handsy at the Wireless Music Festival. The Bronx-born rapper, well-known for her fiery personality, had to let fans know what really went down. 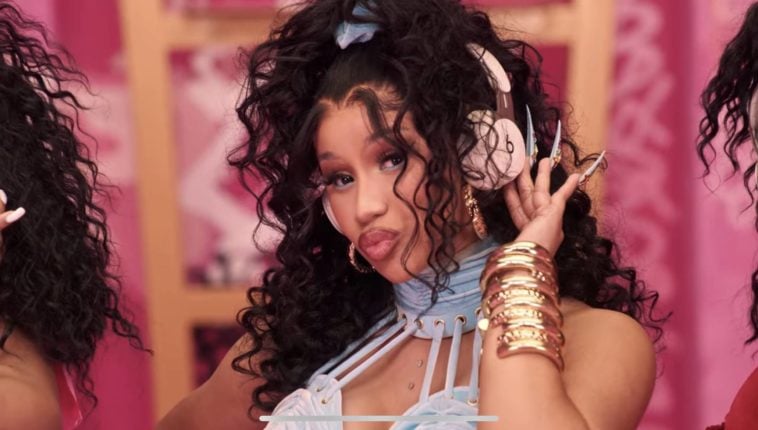 Seems like Cardi B can’t catch a break when she’s not getting “dragged” by fans on social media, fans are creating fighting allegations.

In a recent video that surfaced on the internet, Bartier Cardi was spotted being carried through a sea of fans while performing “Bodak Yellow” at the Wireless Music Festival in Norway.

The clip also captures one of the fans grabbing the microphone from Cardi’s hand, to which she swiftly snatches it back and continues performing.

When one angle of the incident appeared as if the “WAP” rapper was hitting the fan with her microphone, Cardi quickly took to Twitter to clear up the rumor.

She first tweeted a video of Miley Cyrus that said:

“They tried to kill your favorite b*tch” to which she quoted it and said:

“Don’t believe everything you see.”

“Show us the full video then? Post it let’s see the full fight”

“It wasn’t NO FIGHT ! @itsKenBarbie got the whole thing on their page”

The user @itsKenBarbie posted the entire clip that shows the entire interaction.

“While the rooms, neighborhoods, and playgrounds pretend a whole fight happened.”

Cardi Talks Getting Dragged By Haters

Cardi B has been feeling the pressures of fame lately.

In an hour-long Lip Service podcast, Cardi discusses the constant heat she has been getting from social media and having to defend everything she says.

When asked about her outspokenness, the “UP” artist responds,