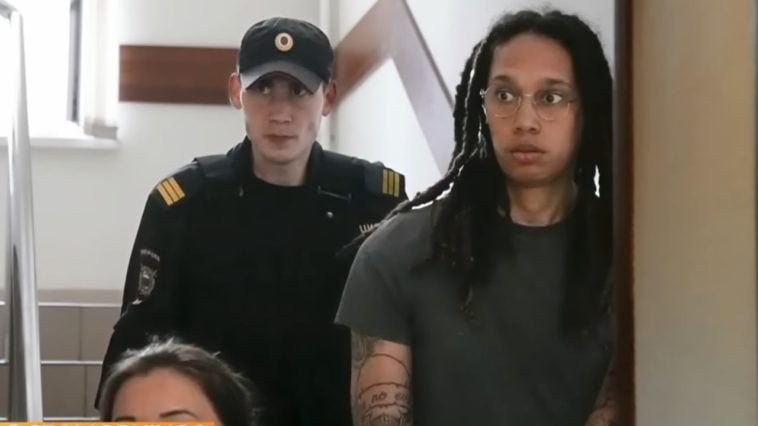 The two-time US Olympic basketball gold medalist Brittney Griner has pleaded guilty to drug charges in a Russian court. Griner’s lawyers confirmed this to CNN on Thursday.

Griner faces up to 10 years in prison if convicted. She was arrested in February at a Moscow airport after Russian officials allegedly found cannabis oil in her luggage. Since then, she’s been held in Russia on drug smuggling charges.

Today in court, the basketball player stated that she had no intent to commit a crime, state news agency RIA Novosti reported. Through an interpreter, Griner claimed she did not mean to carry drugs in her luggage and that it had been the result of her packing in a hurry, the report said.

Griner’s next hearing is set for July 14. When she left the courtroom, she left without responding to reporters.

CNN reported that Griner’s decision to plead guilty was Griner’s alone. In recent weeks, Griner, her family, lawyers, and experts discussed this decision extensively, especially considering the 99% reported conviction rate in Russian criminal cases. Griner had to weigh all the factors, including a plea that could result in a shorter sentence.

Some have speculated Griner could be released and returned to the US in a prisoner swap. However, there has been no indication of a swap happening in Griner’s case.

Even with the possibility of a prisoner swap, it is to be expected that Griner would have to be convicted and also admit fault, a senior US official told CNN.

Griner’s guilty plea came on her second trial day when a prosecutor accused her of smuggling less than a gram of cannabis oil in her luggage.

According to TASS, another state news agency, prosecutors argued that Griner intended to import the drugs into Russia’s territory and put the prohibited substances into a backpack and a suitcase.

In a statement Wednesday, Cherelle Griner said she is “grateful” for the call from Biden and Harris.

“While I will remain concerned and outspoken until she is back home, I am hopeful in knowing that the President read my wife’s letter and took the time to respond,” she said. “I know BG will be able to find comfort in knowing she has not been forgotten.”

Brittney Griner made an earnest appeal to President Joe Biden in a letter passed on to the White House through her representatives, as reported by the Associated Press.

The letter written by Griner stated that she feared she might never return home and asked President Biden to not “forget about me and the other American Detainees.”

Griner’s agent, Lindsay Kagawa Colas, confirmed the letter was delivered on Monday, with most of the letter’s contents to President Biden remaining private.

However, though Griner’s representative’s several lines from the hand-written note:

″…As I sit here in a Russian prison, alone with my thoughts and without the protection of my wife, family, friends, Olympic jersey, or any accomplishments, I’m terrified I might be here forever,” Griner wrote. Future Would Rather Go To Hell Than Snitch For God