The Breonna Taylor case is far from over. Weeks after the Kentucky Attorney General announced murder charges would not be given to Louisville officers responsible for the emergency medical technician’s death following a police home invasion, reports claim homicide charges were never considered.

According to reports, the grand jury was never given an opportunity to put the police officers responsible for her death behind bars on murder charges. An anonymous member of the panel issued the statement through an attorney.

“The grand jury did not have homicide offenses explained to them,” the anonymous grand juror wrote in a statement issued by attorney Kevin Glogower. “The grand jury never heard about those laws. Self-defense or justification was never explained either.”The rare statement — grand juries are intended to be secret, with some exceptions — followed the ruling of Jefferson County Circuit Court Judge Annie O’Connell and sheds further light on a case that has led to protests across the country and exemplified the ways that the “war on drugs” disproportionately hurts Black Americans. (CNN)

Recently, thousands of pages and hundreds of hours of audio and video from the investigation into Taylor’s death emerged to the public. Documents revealed police believed Breonna’s boyfriend Kenneth Walker sold drugs and may have been involved in a robbery. Pictures and text messages from Walker’s phone were examined. Walker’s attorney said the department had a conflict of interest, since it was also investigating Louisville officers for their roles in the fatal shooting. 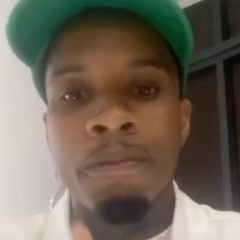 Recently, Florida rapper Bhad Bhabie went to her Instagram page and didn’t hold back on what’s on her mind. She specifically addressed police taking Breonna Taylor’s life and explained why she didn’t fully speak up on the murder. 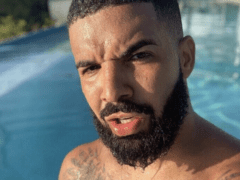