Looks like Cardi B is attempting to turn over a new leaf, and put the past behind her. The Bronx rapper recently pleaded guilty to the involvement in a 2018 assault and was sentenced to 15 days of community service. 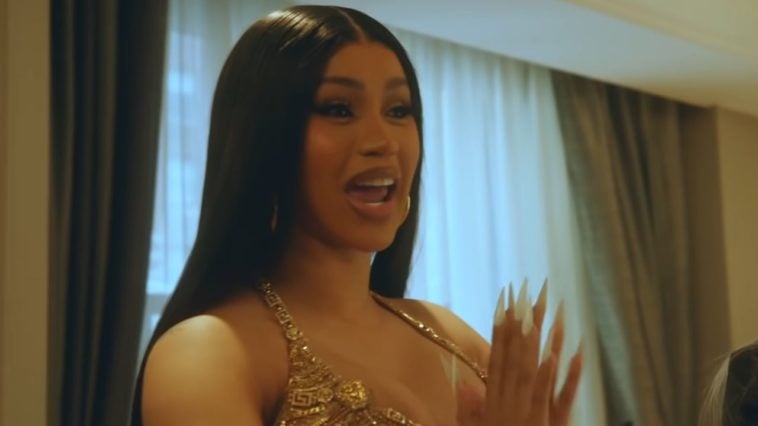 99 Views
Comments Off on BREAKING: Cardi B Pleads Guilty To Hiring Goons In 2018 Assault Case; Set To Do 15 Days Of Community Service

Cardi B has officially pleaded guilty to two charges in a twelve-count indictment for allegedly harassing two sisters in 2018.

According to reports, Cardi B has pleaded guilty to assault, admitting to paying a friend $5k for the harassment.

Cardi was charged with assault in the third degree and reckless endangerment in the second degree for her involvement in the attack. The other charges in the 12-count indictment were dropped.

The “Hot Shit” rapper is known for winning court cases. However, the mother of two is still receiving backlash after being sentenced to only 15 days of community service in Queens.

Cardi (real name Belcalis Almanzar) was recently spotted in Queens at a back-to-school event for the community, which could be the start of her community service.

The “WAP” rapper has yet to make a statement regarding her charges, but made sure to show off her court looks on Twitter.

In other legal news,  Nicki Minaj is taking an individual to court after they alleged that she is a drug user.

The origins of this oddly specific slight include videos shared on Twitter that connect rappers Doechii and Cardi B to references to cocaine use.