You can’t come for the Queen without thinking she has royal protection. Nicki Minaj has filed a defamation lawsuit against YouTuber and celebrity blogger, Nosey Heaux. Heaux allegedly made false drug allegations and attacked her family. 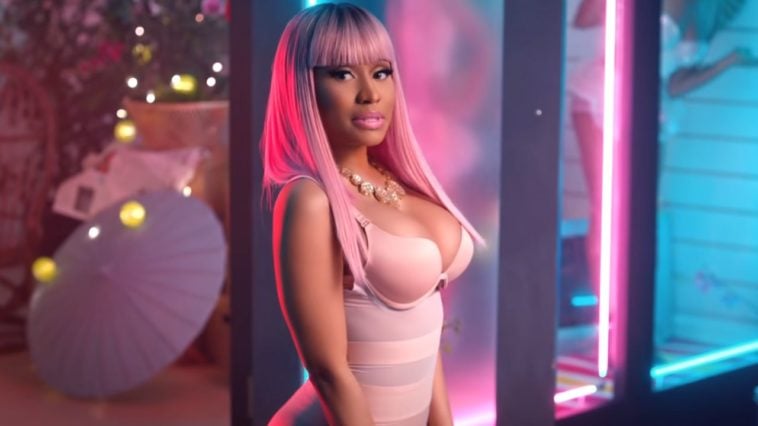 Green posted a statement on her social media, stating that the Pink Friday artist is abusing drugs, adding that it is “not alleged, it is a fact.”

The celebrity blogger also made disheartening comments on the 1-year-old-son that the Pinkprint rapper has with her husband, Kenneth Petty.

Heaux said the rapper’s son needs to be in therapy before he ends up like his father and uncle.

Nicki’s husband was accused and imprisoned for allegedly raping a 16-year-old girl in 1994 and is now a registered sex offender.

Furthermore, he just got cleared of a rape charge after the alleged victim admitted to being paid to lie.

Additionally, the “Super Freaky Girl” singer’s brother was sentenced to life in prison for child rape in 2017.

Shortly after, the “Starships” artist filed a lawsuit for $75,000 against Green for defamation of character and even sent her private messages saying:

“I hope speaking on my son was worth it dummy 😘 😘😘😘😘😘😘😘😘😘😘 we checked, we know you dont have any money to really speak of so losing all the advertising money from YouTube will make a huge dent.”

This marks one of many lawsuits the Beam Me Up Scotty rapper filed over claims she is using the illegal substances.

There have been videos and alleged accounts where people stated they had seen the “Itty Bitty Piggy” artist using drugs, but no concrete evidence has surfaced.

Nicki Minaj is not the only artist that grown tired of being falsely attacked by bloggers.

Cardi B also sued and won a libel case against blogger Tasha K. The rapper was awarded $4m in damages. libel for the amount of $4M.