Brandon Bills, the brother of rapper DaBaby’s ex-girlfriend, DaniLeigh, has decided he will not press charges against DaBaby. Bills was jumped by DaBaby and his crew at a bowling alley back in February. 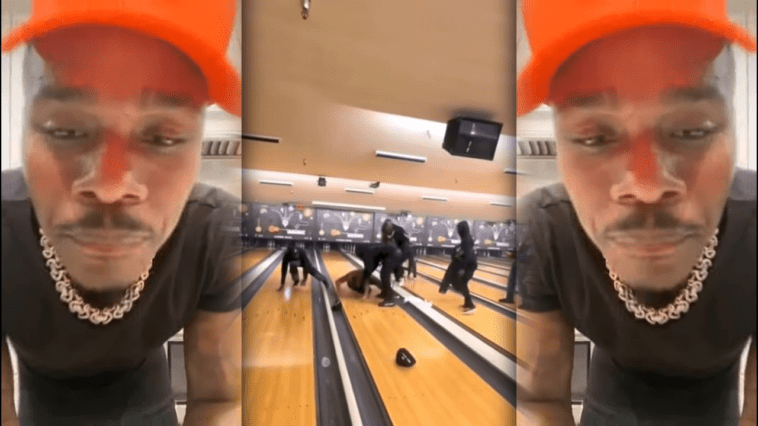 278 Views
Comments Off on Brandon Bills Will Not Sue DaBaby

Brandon Decides Not To Sue

DaBaby will not be sued after Brandon Bills decided not to cooperate with the police, according to a report by TMZ.

The decision has brought the investigation to a standstill despite there being video evidence of the brawl at the bowling alley.

As of now, Bills hasn’t come out to say why he no longer wants to sue or talk to the police.

DaBaby was facing a lawsuit from Brandon Bills for assault, battery, emotional distress, and negligence.

In documents obtained by TMZ, Brandon said he was walking by DaBaby in the bowling alley when the rapper suddenly attacked him. Brandon also claimed that he did not fight back during the attack.

Last week, it was reported that DaBaby was the one who pulled the trigger on a trespasser on his property.

He also made sure to call the police and speak to them about what happened on the scene.

The North Carolina rapper called out the media, saying that the constant attention on rappers’ lives actually fuels these types of attacks. He said, “Media telling niggas business be the main reason niggas get fye put on em”.