It’s a sad day on social media as more celebrities such as Marlon Wayans, Boosie, Bow Wow, and more express their sadness and speak out against gun violence in the wake of former Migo member Takeoff’s passing. 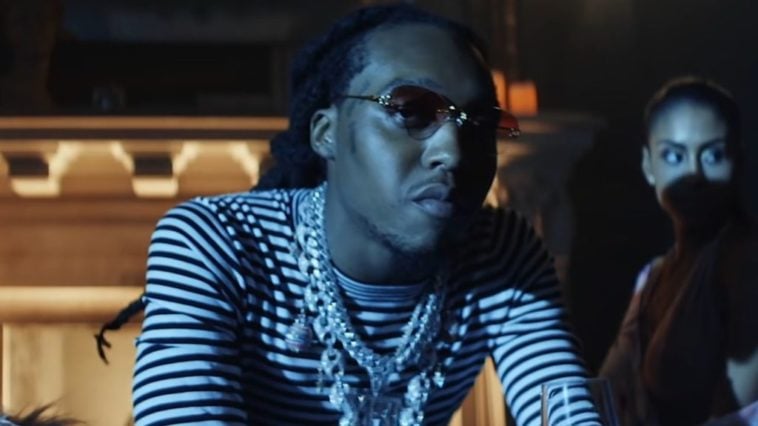 The Curse of Bridge Hollow star Marlon Wayans, is one of the latest celebrities who took to his Instagram to express sadness from the news of Takeoff’s passing. The comedian posted an image of the late rapper with a message urging “young Black men” to stop the gun violence.

Wayans captioned, “There is no glory in stripping another man of his life. There is no jewelry, no cash, no argument or disagreement worth a life.”

He told fans that he was heartbroken for Takeoff’s family, friends, and other loved ones. He also added, “My heart hurts for black people who’ve lost another young king at the hands of violence. I hurt for this generation… we better than this. #riptakeoff prayers and healing to your family and #themigos.”

Boosie also took to his Instagram and posted a video, saying “R.I.P. Takeoff, bruh. Smh, man…” He also sent prayers and condolences to the late artist’s loved ones.

After news broke about the tragic passing of the former Migo member, Takeoff, the hip-hop community is again in shambles. To celebrate his life, SOHH remembers Takeoff as fellow rap artists, and other celebrities mourn.

Fans and fellow celebrities are deeply saddened by the news of former Migo member, Takeoff being fatally shot, and have taken to their social media accounts to send out prayers to the Migos family. “Fresh Azimizz” rapper, Bow Wow was among many celebrities who spoke out, saying how it seems “unreal” since they just “did a Kevin Hart show together.”

Apple podcast host, Joe Budden appeared to be at a loss for words as he posted to Twitter, “Come the fuck on, man smmfh” despite his falling out with the Migos in the past.

G-UNIT member Lloyd Banks also took to Twitter and posted a tribute to Takeoff while sending his condolences to the late rapper’s friends and family.

Other artists, such as Keri Hilson, sent prayers and condolences to the late Unc & Phew rapper’s loved ones.

Earlier this morning, one half of rap group, Unc & Phew, and former Migo member, Takeoff was fatally shot in a bowling alley in Houston after a  dice game went awry. The multi-platinum rapper was shot in or near his head and was declared dead at the scene.

Takeoff, real name Kirshnik Khari Ball, the youngest member of the Migos, was very well-liked in the hip-hop industry. He was also known as the quietest out of Offset and Quavo.

Fans also identified the “Messy” rapper by his deep, raspy tone whenever he spat his lyrics.

Recently, Takeoff and Quavo sat for an interview with Drink Champs ahead of releasing new visuals for “Messy,” and discussed many topics, including a possible Migos reunion.

As the hip-hop community continues to mourn the loss of another genuine, talented artist, it’s clear that Takeoff will truly be missed by many.

Another Rapper Gone Too Soon

Desoto is the 7th artist once signed to Empire Records to have died in the last four years, three weeks after the passing of PnB Rock.