After the sad news of Takeoff’s passing, former NFL player and official coach of Jackson State University Deion Sanders had a heartfelt meeting with his team this morning. Sanders also decided to restrict his team from leaving the hotel in Houston. 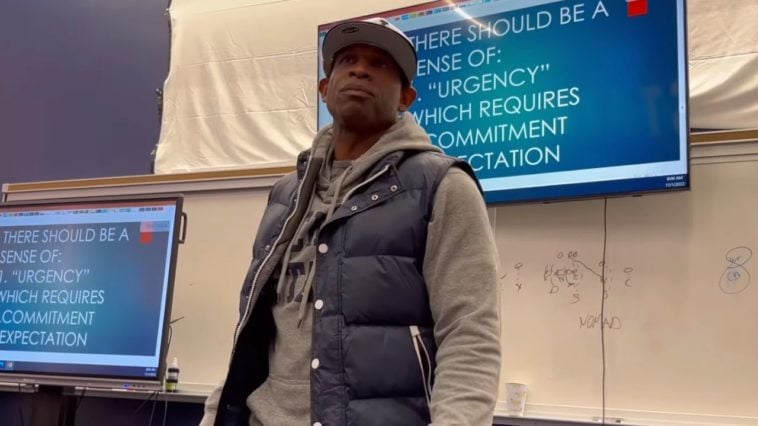 Shortly after discovering the tragic news of former Migos member, Takeoff, who was shot and killed in Houston, he decided to meet with his team.

However, due to the recent violence, Sanders will not allow his team to do any outside activities in Houston, Texas.

He then said that “it’s always us,” referring to the Black community and recent crimes invoked on one another. The former NFL player urges everyone to stop the violence.