Southern rapper Boosie Badazz has big words for Gucci Mane. The Louisiana hitmaker has vocalized some frustrations with Guwop’s now-infamous VERZUZ battle with former rap rival Jeezy and his decision to call out a slain associate.

Boosie Badazz Reveals Why He’d Have Gone At Gucci Mane

In a new interview, Boosie spoke on Gucci making headlines for name-dropping the Jeezy affiliate he killed in self defense in the mid-2000’s. BB took personal offense to Gucci disrespecting the Snowman’s deceased friend.

Back in November 2020, Gucci Mane called out one of Jeezy’s dead friends during their VERZUZ battle. 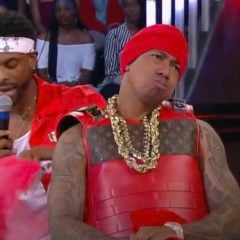 The Southern rap veteran and his girlfriend, actress Rajel Nelson, hit the town recently flexing relationship goals in their matching outfits. Boosie and his boo have publicly been an item since early last year and continue to put the spotlight on their inseparable bond. Boosie Badazz and Rajel Nelson tastefully did the matchy-matchy thing with red tops, white bottoms, white shoes and iced-out chains on a night out last week. Boosie can be a magnet for controversy, but in this instance the popular MC was simply having fun with his lady.