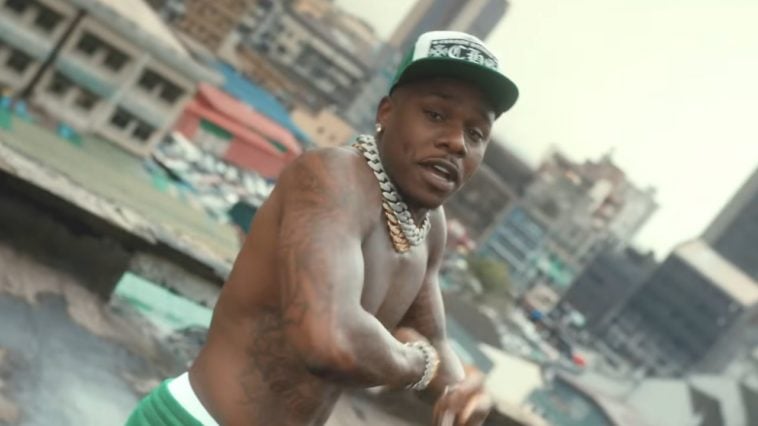 The video shows a kid fighting with his family members and objects being thrown at him while hanging from a cross.

Furthermore, the new song could be relatable to those who may struggle with mental issues or experience difficulty handling harsh criticism from others.

Some fans on Instagram were not feeling the North Carolina native hanging from a cross.

“The cross was too much, not cool bro.”

“Bro put himself on the cross, you need God bro.”

It appears fans have mixed reactions to the video.

However, only time will tell how things pan out since the music video has already hit #10 on YouTube Music.

Last week, Saweetie sat with Kevin Hart on his show, “Hart to Heart,” and opened up about her struggles from being in the public eye while coping with her mental health.

The Bay area native also broke her silence about the reason behind her big chop.