Chicago rapper Lil Durk is churning out new music like a factory. Following the success of his Billboard chart-topping The Voice album, the Grammy-nominated artist has announced his new Loyal Bros compilation studio project drops in 48 hours. The Loyal Bros compilation album treats fans with a great mix of new music from the OTF crew. The LP includes tracks from members like Booka600, Memo600, Timo, DoodieLo and even the late King Von. 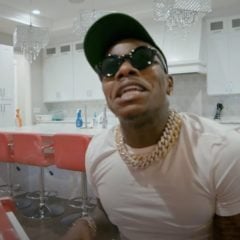 Durkio Is Staying Out Of Jail

Recently, Durk took to Twitter to let the world know he was trying to avoid jail at all costs. LD dropped a message that he wouldn’t let himself be caught doing anything to look tough online and reaffirmed the reason that he’s already about that street life.

“The goal is not to go to jail so y’all will never see me do tuff sh*t on here to look street ….. I am the streets” -Lil Durk