Rapper Lil Tjay has finally met 50 Cent, and fans wonder whether the New York natives will hop in the studio due to their similar experiences. 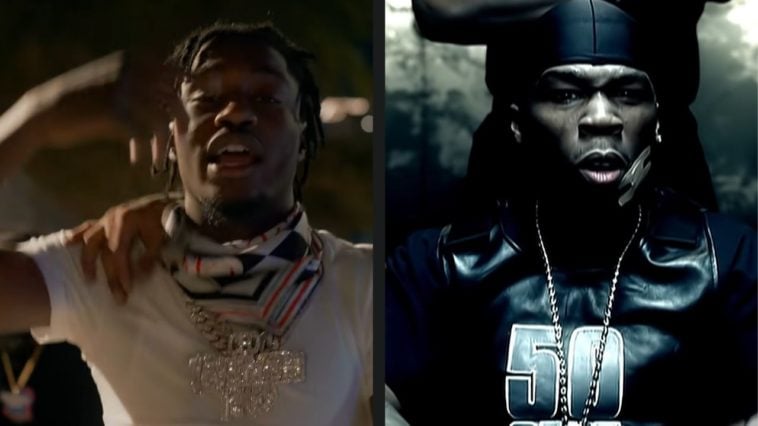 Lil Tjay appears to be in good spirits, recently tweeting a photo of himself with 50 Cent.

The Bronx rapper was hospitalized in June after he was shot outside a shopping center in New Jersey.

Despite the critical condition he was, Tjay looked healthy and seemingly ready to get to work.

In the recent image posted on Twitter, the two are all smiles. Lil Tjay captioned the picture:

Many believe the “Calling My Phone” rapper is hinting at a potential collab or remix of 50’s 2003 hit single “Many Men” after recovering from a similar experience.

50 Cent was also shot early in his career. The Power Book mogul was shot nine times near his grandmother’s house in Jamaica, Queens, in 2000.

The attack birthed his album and later film, “Get Rich or Die Tryin,” using the experience to tell his story of surviving the streets of New York.

After surviving their ordeals, the New York rappers also received deep reverence from the hip-hop community.

One fan commented with a photo of Lil Tjay replacing the “Window Shopper” rapper’s on the original album cover for “Get Rich or Die Tryin.”

Fans are ready for Lil Tjay to show out in the studio.

It’s a no-brainer that 50 Cent received ample success from his Get Rich Or Die Trying album.

In fact, SOHH recently released never-before-seen footage from 15 years ago where the rapper turned TV producer was so confident, he bet his entire career on beating Kanye West.