At this point, no one is surprised to see President Donald Trump and his campaign act in a tasteless manner. This time, the stepbrother of late rap legend Tupac Shakur called out the head of state for a prank involving ‘Pac that the president’s campaign directed at Joe Biden‘s running mate Kamala Harris.

Mopreme Shakur spoke to TMZ about the incident, which he calls “clearly disrespectful.” It stems from an interview earlier this year in which Harris called 2Pac “the best rapper alive.”

“We should know Trump’s lack of respect for the Black and brown community,” Mopreme said. Florida rapper Plies also hit up social media to check Trump about the dangers of coronavirus. Plies also made sure to remind followers they won’t receive the same medical treatment Donald had at Walter Reed medical hospital in Maryland. 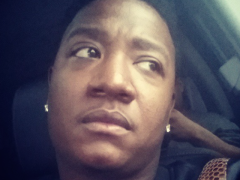 Over the summer, Drake spent a reported $300,000 each on two iced-out Pac pieces by Los Angeles jeweler Jason of Beverly Hills. The epic chains took over a month to fully complete and deliver to Drake.

Each pendant comes with a diamond chain with a total of approximately 70 carats of flawless white and yellow diamonds, plus … over a HALF KILO of gold in total. Total price for each piece was $300k!!! We’re told Jason and his crew spent about 5 weeks completing the Pac-Jesus pieces. Drake initially came to Jason with an idea about what he wanted … and they worked together to come up with the final tribute. (TMZ)

“Thank you @champagnepapi for trusting us with this project. 🙏🏼🙏🏼Unbelievable honor to help pay homage to the legend Tupac Shakur.” -Jason of Beverly Hills’ Instagram